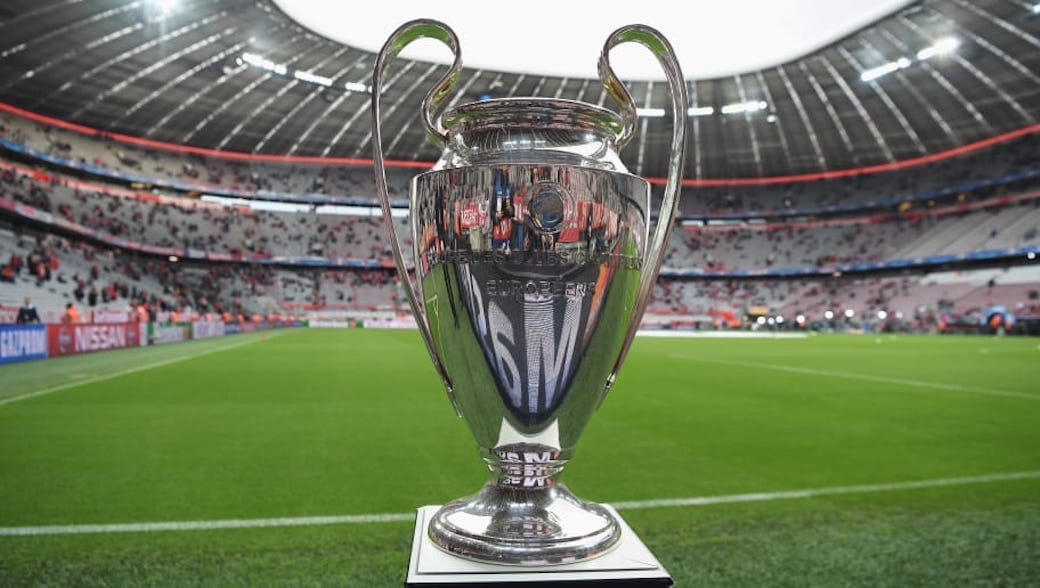 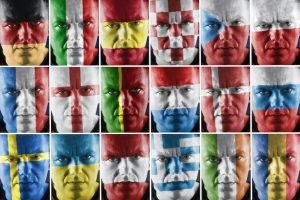 There’s something happening here. But what it is ain’t exactly clear. The TVs in every bar/restaurant I’ve been in the last month have been showing… soccer. And even worse, European Cup football-soccer.

Vince Lombardi is spinning in his New Jersey grave.

I’m a Latter-Day Boomer, born near the end of that over-begotten generation that’s quickly fading to grey. We were the last generation of Americans in which most of us came up 100% blissfully ignorant of soccer. At least those of us who grew up in Podunk, USA. 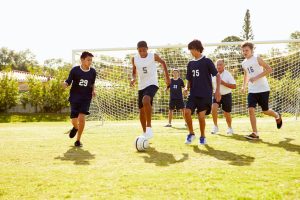 My wife Kay-Kay went to a Very Suburban High School where they actually had a varsity boy’s soccer team. Not ol’ Skeeterville High. None of that Euro-trashy “sport” with all that dainty kicking, by gum.

The big “youth league” sport we played was fast-pitch Little League baseball that consisted almost entirely of walks, bases on errors, and regular home runs from That Big Kid who had five o’clock shadow on his lip. I was a catcher with an existential fear of getting hit in the head with a bat. Hence, a very bad catcher.

We also had youth league football, played with full pads and full contact starting in the fifth grade. None of this “flag football” pansiness for us, by Jove. The serial concussions beginning at age eleven might explain a lot about Very Many Things in my generation of boys. 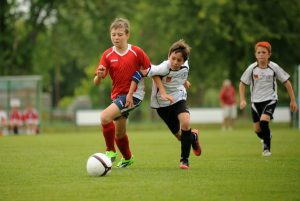 On the other hand, my Millennial children all played youth league soccer. This spared them the concussions. I don’t recall the level of play being particularly impressive, but you could get a lot of kids in the game and the uniforms were about a tenth the cost of a full American football kit. I suspect the cheapness of fielding soccer teams explains a lot of its popularity as a youth sport beginning in the ’80s.

Although I watched very many youth soccer matches incident to my Good Father Duties, I’ve never fully understood the rules. I’ll never get, for example, the concept of offsides in a sport with no line of scrimmage. This has long been my weak spot with ice hockey, too, but at least hockey has concussions. So I understand it viscerally if not regulatorily. 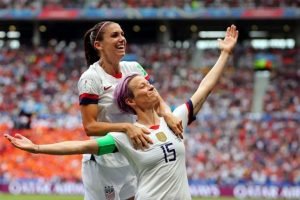 So by the ’80s, there were approximately ten zillion Americans playing soccer, 99.7% of them under the age of 12. For the past four decades, this has been the problem with soccer in the USA. By high school, a large percentage of the population is just not that into it anymore. Football and basketball and baseball are still the American sports of choice. As a result, soccer has been The Next Big Sport for the last 50 years. Yet it remains always a bridesmaid.

But that may be changing. Finally.

Maybe It’s Not THAT Boring

Due to a self-reinforcing circular confluence of “Sports We Were Raised With” and “Sports Beloved by American Media,” we Yanks are pre-programmed to crave a lot of scoring. We’re an offense über alles people.

Think about it. The five most popular American sports, in descending order of popularity/cost of TV commercials, enjoy these median game scores: 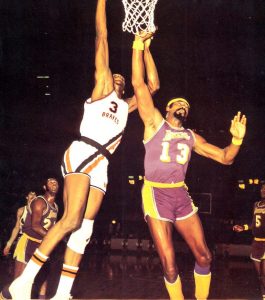 NBA basketball is still NBA basketball, of course, which has never put a premium on anything but scoring. Curiously, if you consider number of scoring events (TD, point after, field goal) rather than raw points, football comes our about 3-2. Even somnambulant Major League Baseball has two-and-a-half times the scoring of Major League Soccer. Whose most frequently occurring final score is… a tie of one to one. Yikes. 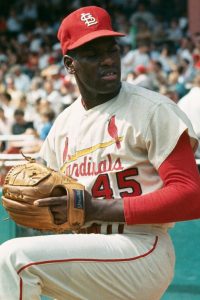 The one American sport that teeters on the brink of soccer levels of low scoring, baseball, panics and changes the rules whenever the run count drops. In 1968, the year Bob Gibson dominated every known batter in the universe, the leagues reacted by lowering the height of the pitcher’s mound. This year, with pitchers again cutting into scoring too much for comfort, the leagues have declared war on pitchers doctoring the ball with sunscreen or other more deliberately tacky substances.

Yep, it’s all about the offense for us.

What We Do Appreciate

For the two or three Europeans reading this and not watching the European Cup, you know that we Americans actually look forward to the over-the-top feigned injuries in international soccer matches, right? We score them like Olympic diving judges. “Really outstanding shin grabbing, but he came out of the facial grimace a little too soon. I give him a 7.5.” And we love that Magic Spray the trainers use. It’s like kiss-a-boo-boo for grownups. 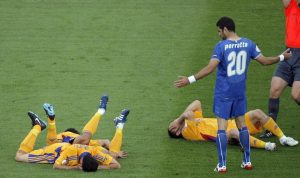 This is of course why we prefer matches involving teams from Latin America or Mediterranean-European countries. They are much more invested in their art than affable English or humorless Germans.

By contrast, watching international matches in Europe and/or with Europeans is an odd experience. They get quite visibly excited over an elegantly executed shot by some guy with too many hair highlights that is a) completely anticipated by the defending goal keeper, and b) easily deflected well into the stands. It’s the effort, I guess. The daring aplomb. The élégance and joie de vivre.

But did he fall down in faux excruciation and grab his knee after he misses? No? Wake me when the European Cup is over.

Maybe I’m Being Too Hard 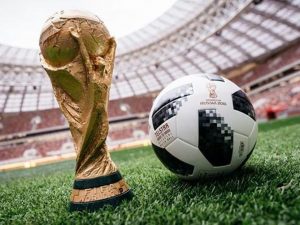 I’ll admit that historically I’ve probably been a bit too hard on The Beautiful Game. Kay-Kay and I have been in Europe for three World Cups and it’s impossible not to get swept up in the excitement. As long as the team from the country you’re in keeps advancing, that is.

We were in Rome for a month in 2014 when the national team didn’t make it out of the Group Stage, losing to Uruguay and (gasp!) Costa Rica. The Italians proved to be Very Bad Losers that year. They took down the jumbo screen in the Villa Borghese and shunted away the big screens in the piazzas. All the cafés in our neighborhood immediately canceled their SkySports World Cup subscriptions. We had to schlep all over to some Irish pub across from the Vatican walls to see the USA lose in the elimination round. 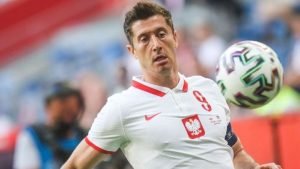 All of this makes me wonder why, all of a sudden and without warning, I’m seeing European Cup matches everywhere. During the run of the tournament, I’ve witnessed matches in a hotel bar and a creole restaurant in New Orleans. Then in a farm-to-table restaurant and a seafood joint on the Alabama Gulf Coast. And in both a gourmet taco bar in Greensboro, North Carolina, and a gastropub back home in Virginia.

It isn’t like there weren’t other sporting events available besides European Cup matches. It’s the middle of baseball season, after all. The Stanley Cup playoffs were ongoing. There were all the Olympic qualifying meets, including with the greatest living American athlete, Simone Biles, levitating and astral projecting herself in gymnastics.

The only plausible explanation I can offer is that perhaps, after two full generations of Americans having grown up playing soccer at some level, it’s finally starting to stick. Perhaps soccer—we’ll never call it “football” here—is at long last gaining traction?

I’m OK with that. As long as they keep up with the excellent faking of injuries, I’ll be good. And it’ll make us a little more integrated into the international sporting world. That can’t be a bad thing. 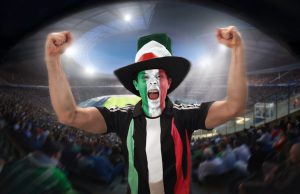 So it all comes down to Italy v. England today. As for me and Kay-Kay, we’re supporting the Italians–gli Azzuri–in the final because we lived there for three years back in the ’90s. More importantly, as a proud Irish-American, my favorite team is always the next one to beat England. Forza Azzuri!

Any opinions on soccer in America? Or explanations for the sudden popularity of European Cup matches here? I’m willing to be schooled in the Comments, below.