Dogs and Cats, Living Together 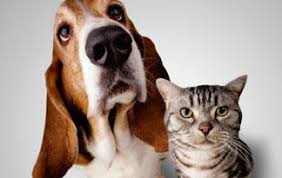 I’m about to undertake the most dangerous thing I’ve ever attempted on the WorldWide InterWeb of Things and Stuff. This blog post is on why I like dogs more than cats. And let me admit upfront I adore dogs. And I like cats, well, not at all. Let me explain why. 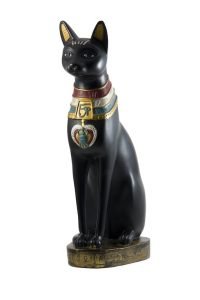 Yes, yes, there are all the stories and historical anecdotes about cats vs. dogs. “The ancient Egyptians revered cats as gods!” They also had a jackal god and a hippopotamus god, so cats were not exactly in exclusive company there.  “Cats were/are familiars for witches!” That got an awful lot of people burned, hung, and/or drowned Back In The Day, so not a great endorsement for cats.

I can’t remember a time in my life when cats didn’t creep me out. It took Many Years of Adulthood before I figured out why. It’s because I don’t want a pet that’s smarter than me.

The Creepiness of Cats

Now as to specifics. One of my worst cat experiences was actually vicarious. Before I joined the Air Force back in 1983, me and KayKay were newlyweds and pregnant. Well, KayKay was pregnant and I was along for the ride. Involuntarily. And very reluctantly. Just before I was to report for Officer Training School—cunningly aligned by a conspiracy between me and Uncle Sammy to coincide exactly with KayKay’s last trimester—we took a trip. As a last hurrah before I got my hair cut off and my self-esteem gutted, we went to Washington, DC, to see an old college buddy, Marco, get sworn into the Foreign Service. As in U.S. State Department, although seeing him get sworn into the Foreign Legion would have been much cooler. 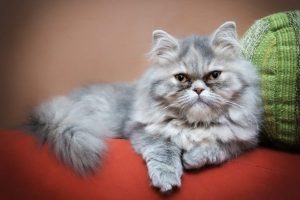 We stayed with Marco at a Georgetown townhouse he shared with like three dozen other people way up in the lettered streets. It was U or W, I think—rents got cheaper the farther down the alphabet you went. It was July in the District and the house had no A/C. KayKay was six months pregnant, sleeping on a hide-a-bed with me. We were lying nude on this fold-out and perspiring profusely in lieu of actually sleeping.

At about 2:15 AM, I was abruptly awakened by a primal cry of agony from KayKay. I jumped up and turned on a light, revealing one of my friend’s two cats—a very large, very long-haired grey Persian named “Hoboken”—who had jumped onto KayKay’s very sweaty chest. It looked like somebody slapped her with a dirty janitor’s mop. So just when she thought she could not possibly get any more miserable, she was proven wrong by a cat.

Just so you know, that drive-by pouncing drove KayKay upstairs to the only full bathroom, wherein she filled the tub with cold water and slept there the rest of the night. With the door securely locked against further cat stunts.

Dogs Are Kinda Dumb and That’s a Good Thing 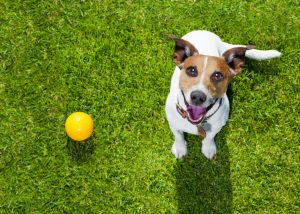 This story illustrates my biggest cats vs. dogs problem. I find it very, very difficult to sleep in a house with cats. There’s something about other mammals stalking around an enclosed space wherein I’m unconscious that gives me the heebie-jeebies. Dogs don’t normally do this. They spend all day thinking one thought—“Throw the ball! Throw the ball! Throw the ball! WHY WON’T YOU THROW THE BALL!?!?”—until they collapse in abject exhaustion roughly the same time you do. All good.

I have an exception to this general principle, however. We had a German exchange student living with us several years ago and at that same time we had a Dachshund named Metternich. The German kid’s Oma sent him with like six kilos of high-quality European chocolate secreted in his luggage. The first evening our German was with us, the dog found the chocolate. Then he ate all of it, foil wrappers included. You do NOT want to attempt sleep in a house that contains a highly-caffeinated Weiner Dog on an epic sugar high. On the other hand, his doo-doo glimmered in the moonlight for days afterward.

The Anti-Cat Wisdom of Paulie Walnuts 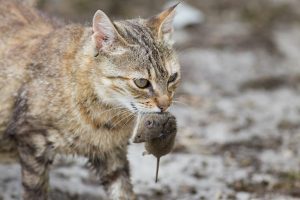 When I was in college, I helped move a cousin and her cat from the Southwest back to Illinois. We stopped for a few nights at a relative’s house out in the country. My cousin’s cat was rather ancient and decrepit, or so we thought. When our hosts left the sliding door to the screened porch open to let in the overnight breeze, we were quite surprised at the neat pile of field mice the hitherto broken-down feline presented us at breakfast.

And of course, according to the immortal Paulie Walnuts of The Sopranos, “Cats? They suck the breath out of the babies in their cribs!” I can confirm this since we a) raised three children, b) never had a cat, and c) none of our kids ever had the breath sucked out of them while they slept. Ergo Paulie Walnuts was, as always, correct. Did I mention I got a D+ in Logic? 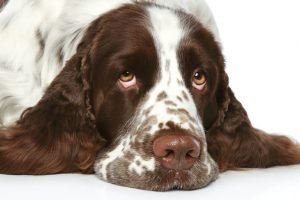 On the other hand, I grew up with dogs. The last dog my parents had was a zen Springer Spaniel named Duffy who had the patience of a saint. Since me and the siblings started producing a scrum of grandkids while Duffy was part of the family, he endured endless ear-pulling, fur-grabbing, dog-riding, and food-stealing from a half-dozen toddlers. He never snapped, growled, bit or barked. Not once. If things got too intense, the worst he ever did was hide behind the couch. That worked until the kids discovered they could hide there, too. He was amazing.

The Dignity of Dogs 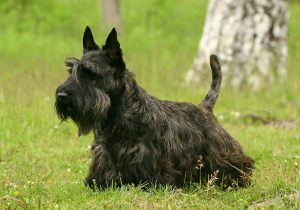 Although we have been dog-less the last several years, we’ve had many over our married years. One was a very intelligent Scottish Terrier who proved to be an excellent judge of would-be boyfriends and girlfriends for our teenagers. It’s possible that a cat might be just as empathetic. But let’s be honest, can you think of even one cat who could be bothered to judge a mere human?

All the dogs I’ve ever known have two things in common. First, they genuinely need us. If they were girlfriends, they’d be clingy and high-maintenance and you’d be scheming in your mind how to get them to break up with you. But they truly need us. And face it, that feels good. Except when it’s really annoying. 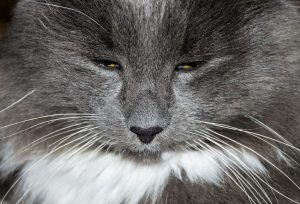 Second, I guarantee dogs never stay awake at night, wandering throughout the dark house, plotting against our lives. That’s exactly what cats do. They develop intricate plans of how they are going to kill you and feast on your flesh. It is, however, a plan contingent upon their figuring out how to keep the use of your opposable thumbs.

Someone has to open the cat food.

So where do you stand in the Great Cats vs. Dogs Debate? Or are you a mixed household? Can you share your cats-and-dogs stories? Also, could you please not hate me for being (much) less than a cat-lover?