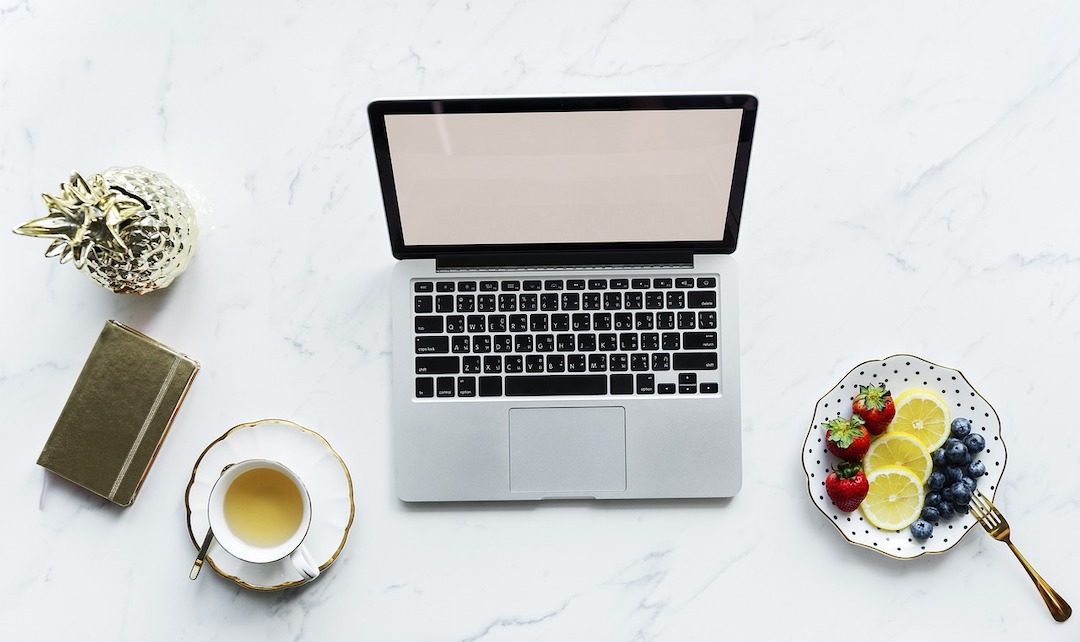 I’m on the road at a writers’ conference this weekend—I usually limit my intake to one per year and this is the one. Mostly because my first novel, None of Us the Same, is a semifinalist for an award in historical fiction. Thought I’d (near) live blog my weekend, just to give a flavor of what these events are like.

After a ground delay involving mechanics ensuring that an unspecified “part” had a “legal number” on it—and my sincerely hoping the “part” wasn’t an “engine”—our ninety-minute flight has become a three-hour flight. But no matter, for I am headed to a Writers’ Conference where I shall rub elbows with My Writing Tribe and discuss Many Literary Things! 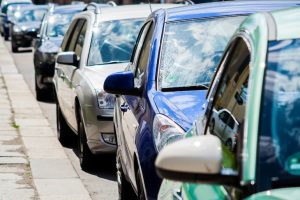 Me and Kay-Kay and our rental car are northbound… and sitting in bumper-to-bumper weekend traffic. Our ninety-minute drive is now a three-hour drive. Still no matter, for I shall soon be hobbing and nobbing with My Fellow Authors whilst Gazing At Our Bookish Navels!!!

We’re here! The conference venue is a lovely waterfront hotel with a spectacular view. Hotel staff are quick and efficient and we’re in our room in record time. Time to register for the conference, get our neck-dangler name tags and bags of swag. Except the registration desk is deserted. Huh. No matter—the box of name tags is sitting on the vacant table so we opt for self-service and thumb through. Huh. Kay-Kay’s tag says she’s the author and she’s nominated in the “Literary Fiction” category—decidedly not the “Late Historical” category in which my book is a semi-finalist. My name tag says I am “Guest of Kay-Kay.” Admittedly, as I have long been. No… matter. We finally run down Someone of Undefined Authority who has a Very Convenient Sharpie with which Kay-Kay modifies our name tags. Which now look very much like the redacted Mueller Report. 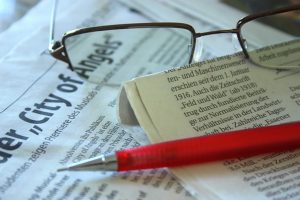 There’s a cocktail party cranking up around the corner from the Vacant Registration Table, with just enough food to avoid buying dinner, which is a plus. Kay-Kay and I have a great chat with another couple. The husband-author turns out to be a former long-time reporter and editor for a Very Famous Newspaper who then fell into a 13-year gig as a professor of journalism and dean of a major university’s college of media. And he’s nominated for the same award as I am in historical fiction. Ouch. I’ll just keep self-deluding with, “I don’t care if I win. It’s an honor just to be nominated.” In full knowledge that nobody who says this ever really means it.

Passable breakfast and morning sessions are underway. Here’s the secret about writers’ conferences. They’re actually multi-day group therapy sessions for lots of people suffering from Acute Impostor’s Syndrome. As in not-enough-people-read-my-books AND I-have-too-many-three-star-reviews AND my-writing-must-be-such-total-garbage AND <deep breath> I’M-SUCH-A-NO-TALENT-BUM!!! These conferences provide a very odd kind of therapy. Basically, the method is exactly how they get you over fear of, say, spiders, by having you handle a bunch of spiders. Because writers’ conference include a lot of People Who Write Things behaving like little boys comparing wee-wee size in the schoolyard. We are an odd collective of sadomasochists. 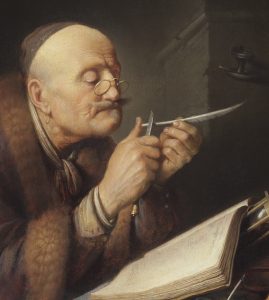 My first session is some Advanced Writing thing—which consists of a developmental editor-for-hire—a “Book Doctor” in writer parlance—showing PowerPoints of her favorite characters from movies, only some of which were once books. She’s getting a lot of details about the characters wrong, so this being a bunch of writers, people are calling out corrections. No idea what the actual subject is supposed to be, but I respect her shout out to Michael Corleone.

I’ve now ended up by mistake in a presentation on how to do an audiobook… which I sneak out of since I just finished my first audiobook. (None of Us the Same! Out in June!) Karma having an amazing sense of humor, I’m having coffee with another author… showing him on my laptop how I navigated the audiobook process. Which is really the most important thing I get from writers’ conferences—the hallway-and-coffee-shop-and-cocktail-party discussions with a few Really Cool Fellow Writers.

Now it’s on to “Metadata: Tips and Tricks”… which has absolutely nothing to do with writing books and everything to do with selling books. <Sigh> On the other hand, the room has big windows and a great view of the sea. It’s actually kinda interesting and useful information, to my pleasant surprise. Go figure.

After the standard conference lunch, I’m in a fun and informative hands-on session on how to create and publish podcasts. I’ve been vacillating over whether to take the plunge into podcasting for some time. Mostly whenever Kay-Kay says, “You need to podcast” to which I respond with increasingly less convincing hemming and hawing. There’s a bonus in this session in that the presenter is Danish and somewhat inexplicably sounds very much like Benedict Cumberbatch. (He later tells us it’s because his parents sent him to boarding school at a shockingly young age in… South Africa. Rather random, that.) He also has brought Much Chocolate From Copenhagen. I wish he had two sessions with chocolate. 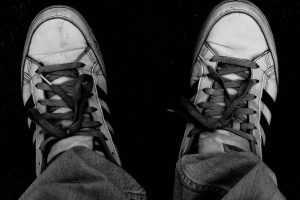 Kay-Kay and I are at the big awards banquet and there is—as one would of course expect at a writers’ conference—a wide and eclectic dress code. Everything from sparkly cocktail dresses to “best jeans” as they used to say on invitations when we lived in Wyoming. I’m in a Boring Black Undertaker Suit, although Kay-Kay looks smashing as always. My favorite fashion statement is a lady nominated in the Fantasy Fiction category who’s dressed like one of her characters who can apparently talk to dragons. She’s in a long white wig and what looks like a dragon-scales pattern dress with 27”-high day-glo faux reptile-skin stilettos. I really hope she wins, just for the fashion statement. Really.

Cocktail time is over, during which someone took our seats so we ended up right in front with our backs to the dais. No matter, for I proudly sport a “Semi-Finalist” ribbon appended to my Mueller-redacted name tag. As do, it becomes apparent, five other people at our ten-top table. But all of them are cool and excited and, most importantly, nominated in different categories than me. Which makes dinner much less tense.

Finally, it’s awards time! Proving that there are books for every taste, predilection, and kink, there are 16 genres, including my Later Historical (post-1750). Each genre has five or six categories within it. My category is “World Wars and Other Conflicts.” And whoever wins a category is a Finalist for the genre award and gets a Big Blue Ribbon—just like the ones they’d stick on Top Ewe or Best Pickles or Most Original Butter Sculpture at the county fair when I was a kid! This is so exciting and I’m really, really grateful that The Dean’s book is not in my category.

I have to say, the sponsors know how to move through these awards. We’re the sixth genre. OK, I’m totally relaxed and James-Bond nonchalant—on the outside. My inner dialogue is vacillating between, “I want to win! I want to win!!!” and “I SUCK! I CANNOT WRITE!!!” 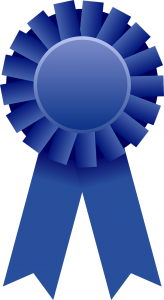 Well, what do you know—I just won my category. Huh. Up on the dais, I shake the director’s and presenter’s hands, snatch the county fair ribbon, then I’m corralled into the photo booth for my winner pic! OK, I’m on the verge of squealing like a kid on a roller coaster. And get this. Every single one of the six semi-finalists at my table win their category. We are The Coolest Table. Definitely.

It’s back through to announce the overall genre winner from amongst us category-winner finalists. Here comes Late Historical and… yep, it’s The Dean. Who is such a good guy I strangely don’t feel bad about losing to him.

OK, now it’s the Best in Show Grand Prize All-Genre Winner! We all drumroll on the table tops and… it’s The Dean.

I don’t care if I won. It was an honor just to be nominated…