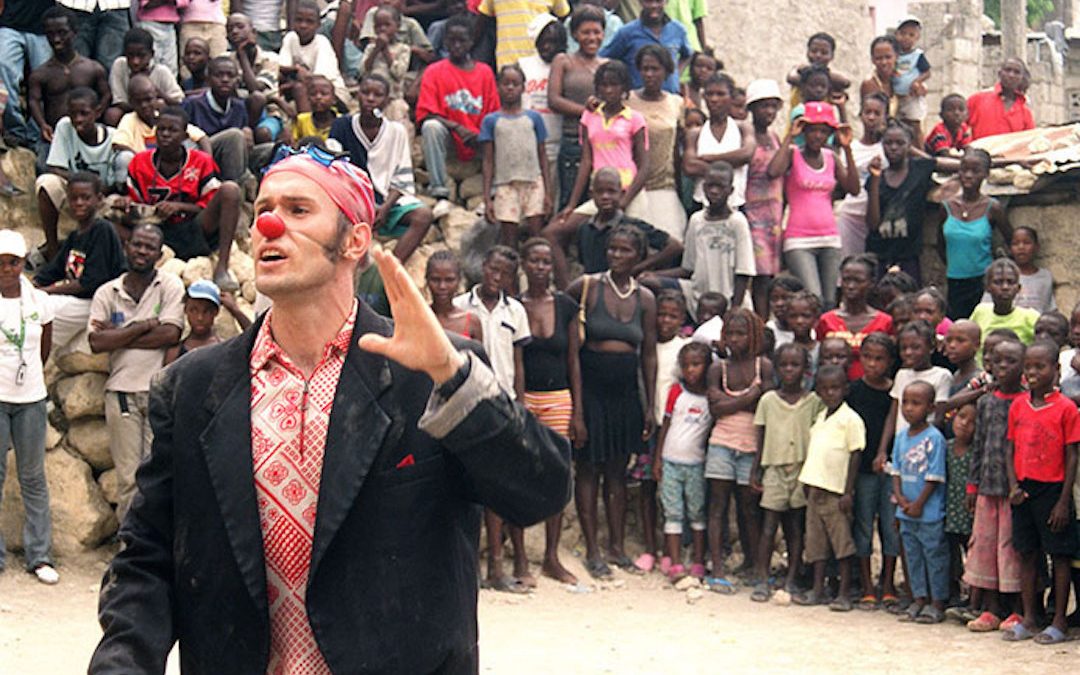 Back in the ‘90s, right in the middle of my Thoroughly Unremarkable Military Career, I got my dream assignment. It didn’t start out that way. First, after being converted from a devil-may-care nuclear bomber navigator to a sober and serious judge advocate, the Air Force sent me off for three years of lawyer ripening on the high plains of Wyoming.

OK, Cheyenne was actually very cool, especially at rodeo time, but after my three years of immersion in international law and Other Serious Stuff at Georgetown in DC, going to one of those Big Square States was not what I’d had in mind. So when the assignments wheel o’ fortune landed on Italy in 1994, well, let’s just say Kay-Kay and I were rather pleased at the prospect. By pleased I mean “wetting-ourselves-and-giggling-like-deranged-crazy-people.” Just to be accurate.

What I hadn’t really thought through was that besides having wicked good gelato, Italy was also the place from which NATO was kinda fighting a war in the Balkans. Whoa.

The Learned International Lawyer in me was quite intrigued by the challenge of, you know, actually practicing some of the law I learned at G’town. There are precious few humanoids who get paid to practice what is known as public international law—law of war, treaties, international criminal law—and I was about to become one of them. Sweet deal. 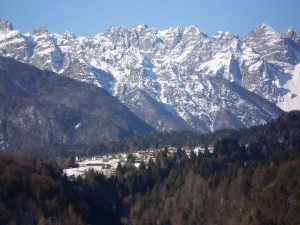 Off we went to Aviano Air Base in the northern Italian region of Friuli-Venezia-Giulia. Which no one outside Italy knows exists. However, we were 45 miles from Venice, right in the foothills of the Italian Alps. Yep, THAT part of Italy. This turned out to be especially great for Kay-Kay and the kiddies. As for me, on the other hand, during my three years in bell’Italia, I spent an average of 225 days on the road.

I spent about six months as the only lawyer at the NATO air headquarters, being Legal Advisor to a three-star general and 400 people from all over NATO. Did I mention I was still a captain? For you non-veterans, let me tell you how unimpressive a captain is when surrounded by a zillion people who outrank you. After that, having endeared myself to innumerable people by telling them what they couldn’t do on a regular basis, the decision was made by Them at a location Somewhere that I should accompany the NATO ground forces going to replace the UN blue berets after the Dayton peace deal was signed in the fall of 1995. So off I went to Tuzla Air Base in Bosnia on Christmas Day.

Since there was a strict limit on the number of little pink American bodies allowed on the ground, I was tagged with six or seven different jobs besides Legal Advisor. One of these was liaison to all the humanitarian Non-Governmental Organizations—NGOs—already working in the area. Just before I left Germany for the shockingly short flight to Bosnia, one of Them handed me a list of organizations and phone numbers. There were over 60.

Every NGO I’ve ever encountered in a sloppy situation like Bosnia works this way: First, rush some people to the disaster as fast as possible. Second, take pictures of said people doing stuff at the disaster. Third, use said pictures of your “presence” to raise donations. Note that the money comes last. This being the case, every NGO came a-begging. Like instantaneously. Once again, given my primary job as Killjoy Lawyer who Knows the Rules, I started telling people “No” again. After several days of feeling like the Biggest Heel on Earth, I started finding “creative work-arounds” to the rules. Which is to say, I ignored many of the rules. There was, after all, a Greater Good to be served than green-eyeshaded dedication to rules that never foresaw the situation we were in. 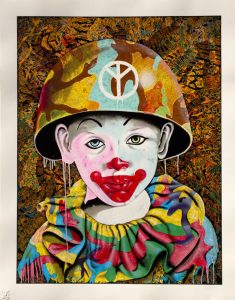 My very favorite NGO was the Clowns for Peace, at least that’s what we called them. Seriously, they exist. (Actually, they were Payasos Sin Fronteras, and have since grown into the worldwide NGO, Clowns Without Borders, a UNESCO partner organization.) These men and women go to the worst post-conflict (and sometimes not-so-post-conflict) places and help kids traumatized by war with play therapy. They’re truly amazing. Imagine schlepping your big red nose and floppy shoes to every half-burned-out village in Bosnia in a beat-up jeep and making Very Sad Kids laugh again. And help them work through the horrible and very personal trauma each had suffered. Their’s is truly the Lord’s work.

I had one of my proudest moments in the military with the Clowns. Seems they’d run out of one of their main therapeutic devices—those long sausage balloons you twist into animal shapes. They called me to see if I could help. Now the standard packing list for a military deployment does not, I assure, include “Balloons, Sausage—Color, Assorted—50 Gross.” I know that comes as a shock. And it should. 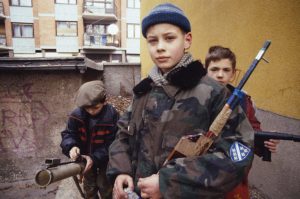 Strange looking back now at how outraged I was by this. I mean, I was surrounded by the remnants of three years’ worth of death and destruction—mass graves, refugee camps, endless victims wanting to tell their stories and find justice—but it was the Clowns for Peace balloon crisis that triggered me. Being an old navigator, I got on our INMARSAT phone and called the airlift squadron back in Germany. I asked their navigators to go clean out every party and novelty and toy store in a 50 km radius of twisty sausage balloons. They did, probably because one of the lawyers back at the Them Office was married to an airlift navigator. I’d messaged her, too. 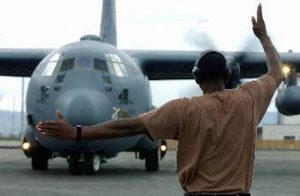 We couldn’t put sausage balloons on the cargo manifest—and we’re talking several cases of balloons—so the navigators messaged me a flight number and said to meet the plane when it landed. The flight crew had stuffed all these boxes of balloons in and around them all over the cockpit. One guy sat on a case the whole flight. I’ve never been prouder of my fellow airmen. 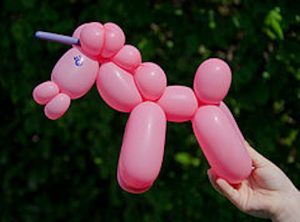 The Clowns got their supplies, the kids of Bosnia got their balloon-animal therapy, and I had inadvertently stumbled upon a Very Good Deal Indeed. You see, the airlift guys were so tickled by this crazy stunt that they’d stopped at the Base Exchange and bought a half-dozen pizzas to deliver to me with the balloons. I know, but it’s what aviators are like—you’ll just have to trust me on that. 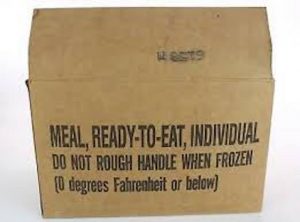 As a result, we established a Fast-Food Airlift side hustle. Bosnia was not pleasant for us deployed men and women. In winter, it’s gray and foggy and drizzly. There was no heat in the buildings where we slept and worked. We had unswept landmines in the woods around us and one would go BOOM whenever an icy tree branch broke. We were living on MREs—and these were first-generation MREs with a lot of Mystery Meat entrees. The airlift guys thereafter were happy to throw some Burger King or whatever into the cockpit before takeoff several times a week, so we started living rather large as far as food was concerned. The biggest challenge was keeping this secret from the 10,000 Army gomers on the ground with us who stole everything we didn’t nail down or guard with grenade launchers. One word—plywood. Another word—gravel. Seriously. Imagine what they’d have done for pizza.

The airlift guys even flew in BBQ grills and hundreds of burgers and hot dogs for the Super Bowl. You see, our communications guys managed to find a way to pirate the game off a European satellite network using their huge satellite dish, which my boss had dubbed the Elvis Antenna, figuring you could probably even talk to Elvis with it.

Turns out American GIs have always been like this when they go off to war. First, they’re generous to a fault with innocents like children and dogs. It was an unwritten rule that in every box of 12 MREs, the (truly repulsive) No. 6 Ham Steak was set aside for one of our adopted dogs. We had to issue a general order prohibiting troops from distributing candy and pencils (for some reason, pencils were a big deal) from their Humvees because kids would got all excited and ran towards them while moving. And second, GIs are nothing if not brimming with American ingenuity and a general ability to ignore dumb rules. That’s how I got ten cases of sausage balloons into Bosnia.

And a lot of sausage pizzas, too.