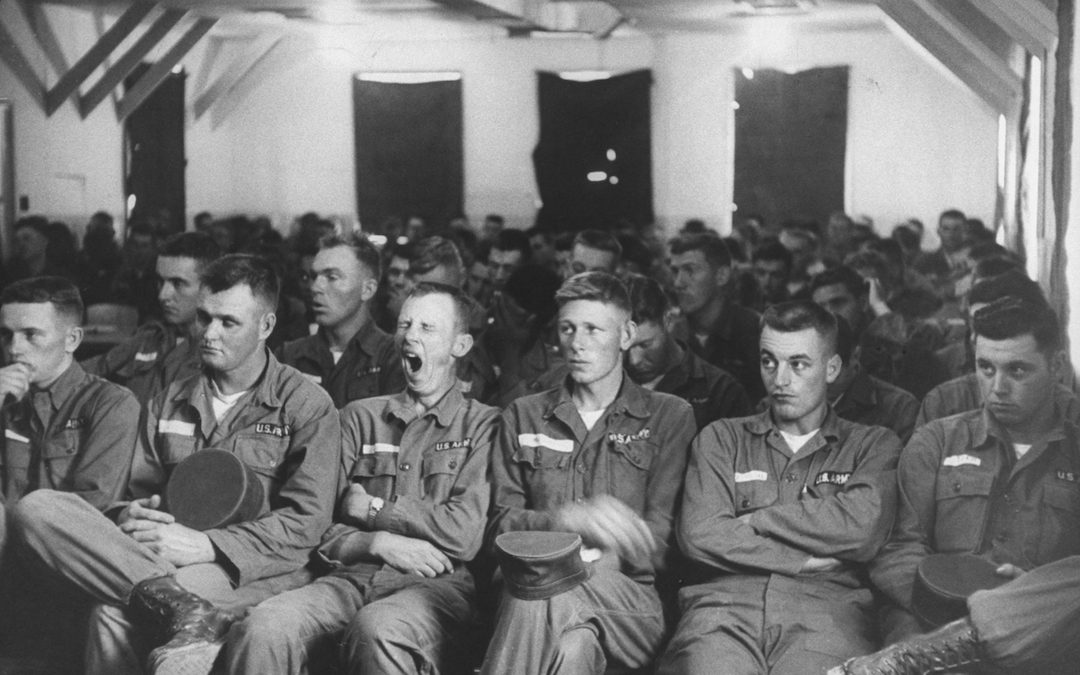 I joined the Air Force in 1983, back at the very height of the Reagan Build-Up. Since then, I’ve often been reminded of Groucho Marx’s quip, “I would never belong to a club that would have me as a member.” I’m guessing the only way I got accepted—especially as an officer and into flight training—was because the Pentagon was desperate to keep The Gipper’s promise to hyper-inflate our armed forces. So I fell through the cracks and into a 20-year career. 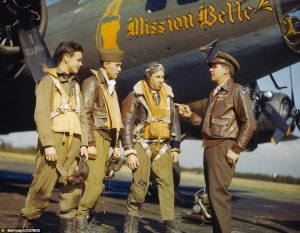 I never thought of myself as a Career Military Man material–it just kind of snuck up on me. I only had one relative who made a career of any branch—my Great Uncle Greg who joined the Army Air Corps in 1942, flew B-17s as a navigator and bombardier, then after getting all his missions against the Germans, was reassigned to B-29s and then got more missions bombing the Japanese. At the end of World War II, Uncle Greg decided he kind of liked military life. Problem is, he was a captain and they had a WHOLE LOT of captains. Lieutenants and majors and colonels, too. So in order to stay in uniform, he agreed to be demoted to master sergeant. Some might say promoted, since a good master sergeant was universally more respected than some dime-a-dozen captain.

Then Korea happened. Turns out the brand-spanking-new US Air Force—having convinced Congress in 1947 to send the Army packing from fixed-wing aviation—had drawn down a little too fast after The Big One and desperately scrambled to reconstitute B-29 crews to bomb the North Koreans. So Uncle Greg was offered a major’s commission to return to bombers. Which he did. Strange times.

Six months later, my father was walking down Main Street in my hometown of Skeeterville and, strolling past the Armed Forces recruiting office, ran into his Uncle Greg—once again a master sergeant. The possibly apocryphal family story goes that my dad said, “Uncle Greg, what are you doing here? And in sergeant’s stripes again?” Uncle Greg replied, “They’re shooting real bullets over there, so I asked for my stripes back and recruiting duty back here.” Yep, strange times.

I relate this story just because it’s fun. Also to lead into a bigger point. 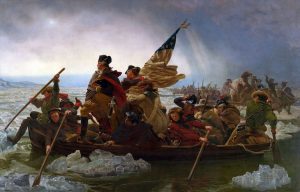 The men of my family—this was decidedly pre-women-in-combat—have fought in every one of America’s wars going all the way back to and including the Revolutionary War. Before that—French and Indian, Queen Anne’s, Jenkin’s Ear (And doesn’t everyone want an ancestor in THAT war?)—we have no record. My great times a zillion grandfather, Prussian immigrant John Henry (or Johann Heinrich) Mayer was with the Maryland Flying Camp. This was an ill-fated experiment of Washington’s to have a mobile reserve at his disposal. They did some skirmishing in New Jersey early on, but once Washington captured a bunch of Hessians by crossing the Delaware while posing for a nifty oil painting—I may be wrong about that second part—the mostly Maryland and Pennsylvania German-speaking soldiers were relegated to manning prisoner of war camps for their co-linguists. 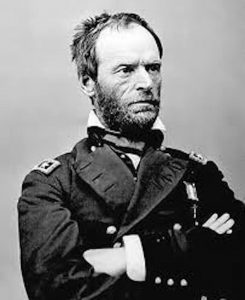 My Irish great-great grandfather, Patrick James Comerford, left Kilkenny at fourteen during The Great Hunger, laid a lot of railroad tracks, then joined the 75th Illinois U.S. Infantry in 1862. Like so many other Irish immigrants, he rushed to join after word got out the British were considering entering the war on the side of the Confederacy. And what self-respecting Irishman would pass up a chance for a fine coat of blue AND a chance to shoot Englishmen? He was part of the Army of the Cumberland and marched across Georgia with Sherman. I love telling my Southern friends and neighbors that part. 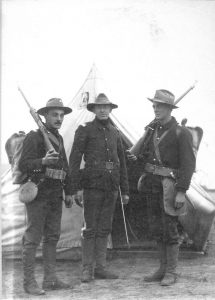 And on and on. My great uncle Cap was, not coincidentally, a captain of volunteers in the Spanish-American War. Grandpa Thaddeus was a doughboy in WWI, although his only battle honor was surviving the Spanish Influenza at Fort Dix. My dad, three uncles, and two great uncles fought in the Second World War in all services and every theater. My cousin Tommy volunteered for two hitches as a Green Beret in Vietnam and lived to tell about it. I got the family credit for Gulf Wars I and II, Afghanistan, Bosnia, and Kosovo.

But except for me and Uncle Greg, all these ancestors were true Citizen Soldiers. When the emergency came, they rallied to the colors, did their bit, and couldn’t wait to get home to get on with their uneventful civilian lives. It’s very redolent of the 18th century militia tradition—all able-bodied men between 16 and 60 were required to arm themselves and answer the call when it came, then go back to tend their crops when the dust had settled.

I don’t know of any relatives who were drafted, although a lot of men in WW II volunteered so they could choose their branch or have some say over when they went. The military draft ended in 1973, although all those sad sacks born after 1 January 1960 still had to register. (I say this haughtily as a guy born 30 December 1959—BOOM! On the other hand, I volunteered and stayed 20 years. So there’s that.) We’ve had the All-Volunteer Military since then, so all good.

But we lost something along the way. There just isn’t that much of our population now that has any skin in the game. Or the skin of anyone they love in the game. The military has been a self-selected group of men and women for 45 years now. Various states and regions are over-represented in the armed forces now, mostly due to either deeper traditions of military service or lack of any better economic opportunities. Often both.

The most heavily represented states are those of the old Confederacy; also the Pacific Northwest and some Rust Belt states. The Upper Midwest, California and the Northeast are mostly underrepresented. All this means that, unlike during the days of the draft, most military members are only exposed to a lot of people very much like themselves. Which has a lot of negative knock-on effects. 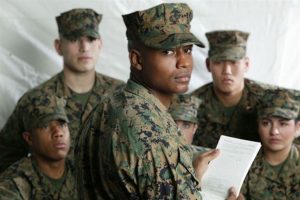 One of the cool things about the military, however, is that it’s relatively colorblind, especially over the last decade with the huge surge of minority officers. The services strictly and ruthlessly enforce anti-discrimination regulations. As a military lawyer, I once criminally prosecuted an 18-year senior sergeant for using racial epithets in his workplace. It’s not racial nirvana, but the military is one of the better equal-opportunity employers in the country.

The deeper issue for me is this. Are we creating a kind of Praetorian Guard for one particular group in America? My last few years in the Air Force—and I was and still am a raging liberal Democrat—the service was becoming a Rather Uncomfortable Place—and sometimes actively hostile—for the likes of me. Evangelicalism had become something of the unofficial official religion.

If the military becomes too closed within itself, too unrepresentative of the broader American population, too locked into some creeping orthodoxy of whatever stripe, it becomes the antithesis of Citizen Soldiers.

And the All-Volunteer Force has provided leaders of every political persuasion with a perverse incentive. Since everyone in uniform “knows what they signed up for,” have we made it easier for a commander-in-chief to resort to the use of military force?

In the end, we’ve lost much of the communitarian side-purpose of mandatory military service. My dad always said he was forced to live and eat and shower and sleep with guys he would never have encountered—Brooklynites and Carolina farm boys and Cascades lumberjacks. And he learned to like them, and depend on them, and trust them with his life. That made them all Americans passing through a common experience together. That’s a lot of nation-building right there.

Maybe some of our Current Unpleasantness would’ve been buffered by replacing the military draft with some form of universal national service—go in the military or cut trails for the National Park Service or be a teacher’s aide in an inner city school or scrub bedpans in a veterans’ hospital. Minimum of one year—your pay-it-forward to your country where, face it, you were lucky to be born. Perhaps even tie federal student loans to national service.

And maybe, just maybe, reclaim some of the ethos of the Citizen Soldier.