With Thanksgiving behind us—and having survived the Hunger Games of Black Friday—it is officially The Christmas Season. Really. Although you may be forgiven for imagining that the season began after Halloween, what with all the Big Boxes clearing out their “Seasonal” shelves and the appearance of those Double White Chocolate Peppermint Stick Venti Lattes.

But in the midst of all the happy hubbub and new credit card debt, let us not neglect the True Reason for the Season. I am referring, of course, to candy. 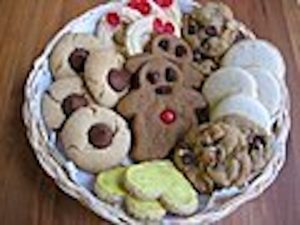 Be honest, before all the frantic ripping and camouflaged disappointment of Christmas morning, the thing we care most about is the candy. (OK, maybe the cookies, too, but the vast majority of those have candy on top of them.) For four glorious weeks, we can eat fistfuls of candy and rationalize that we’re “just getting in the holiday spirit.” Or “nothing Christmas-y has any calories, right?”

The universal appeal of candy is a result of the serious one-two punch it packs. First, being loaded with all manner of sugar and fat—the ur-food groups—candy pushes every evolutionary taste-and-satiation button buried deep in our DNA. Second, candy also plays, with the volume set at 10, every Happy Youth 8-Track Tape stored in the “Child” rack of our subconscious. And that tape plays on a continuous loop from Thanksgiving all the way until replaced by the Super-Downer New Year’s Resolution tape from our “Adult” rack. This occurs promptly on the 2nd of January, because the 1st of January is reserved for swearing off booze, not candy.

One of my most vivid annual Christmas memories centers on candy. My dad was in charge of all the purchasing for The Family Companies in Skeeterville when I was a kid. This involved mostly buying steel in all its various forms and alloys, to be made into All Sorts of Big Heavy Things the utility of which to this day I don’t fully understand. Also, it included all the accoutrements to Doing Stuff to Steel—nuts, bolts, smelly paint, degreaser, welding supplies, ketchup, mayo. OK, I made up those last two.

I’ll let you in on a secret. The Purchasing Guy—i.e., the guy who gives people money for their products—is the one who gets all the free swag from every company that dearly wants to sell him their stuff. Yeah, that’s what I’m talkin’ ‘bout. 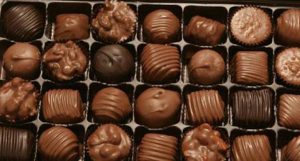 One of these Steely Companies from Chicago used to send us—and it always arrived first—a box with their logo on top stuffed with five pounds of bonbons. They all had soft vanilla centers covered in chocolate and were wrapped in green or white or red wax paper. This was a big deal, since it was a time well before Godiva in every store or quaint artisanal chocolatiers everywhere. I ate piles of them, mountains even. I took to secreting the wrappers in the bottom of the kitchen garbage to hide the evidence. 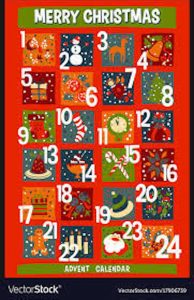 Of course, Christmas is also the season that gave us that unimaginably cruel Child Torture Device, the Advent calendar. Seriously, show of hands. How many of you did NOT eat every chocolate behind every door by let’s say the 8th of December? And thereafter feel appropriately guilty and live in trembling fear that Santa would bring you only switches and a lump of coal? Advent calendars should, in my opinion, be banned by international treaty.

Some would argue that there ought to be a Fruitcake Protocol added to my draft UN Treaty on the Eradication of All Forms of Religious-Based Candy Calendars, but I beg to differ. I am one of the vanishing minority who actually likes fruitcake. But that deserves an entire blog all its own. In the meantime, try what my mother taught me. In her bona fide Irish-Americanness, I hypothesize that Mom long ago looked at a fruitcake, saw that it resembled a loaf of bread, so sliced it and slathered it with butter. Because, as every Irish and Irish-American person knows, all sandwiches must be buttered. This is not merely an ethnic peccadillo, since it has been scientifically proven through extensive studies at Oxford and Yale that anything can be improved by the addition of Lots of Butter. Also bacon. 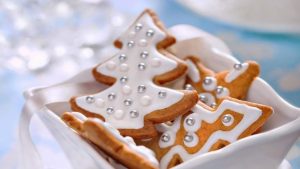 So. much. Christmas. candy. Fudge and chocolate bark and caramel corn and peppermint canes and those hard little silver balls that you sprinkled on ornament-shaped cookies. Huh. Come to think of it, I haven’t seen those allegedly edible silver balls in years. Which confirms my early suspicion they were made of plutonium, dioxin, “silver dye #2,” or some other known carcinogen. 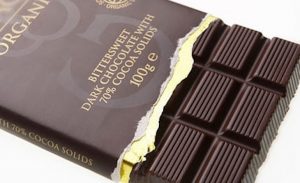 In my adultage, I limit myself entirely to chocolate. And I mean a lot of chocolate—like some meaningful amount of chocolate every day. Besides the above-mentioned butter-and-bacon studies, which may or may not have actually occurred, the greatest thing that science has ever gifted me is the factoid that chocolate—in particular dark chocolate—contains an abundance of some mysterious and marvelous substances called “antioxidants.” These, I am assured by Many Learned Persons, will protect me from cancer, arteriosclerosis, and the spells of evil wizards. This has thereby enabled me to Delude Myself Greatly into believing that my regular intake of 78% cocoa chocolate is like taking a daily low-dose aspirin or one of those yummy Flintstone chewable vitamins. As you might imagine, I am most emphatically NOT a science denier. In fact, I’m down with all forms of genetic engineering and evidence of climate change, as long as I can keep eating chocolate every day in a blissfully guilt-free manner.

In my childhood days, however, I was a more eclectic consumer of candy. None of it escaped my omni-confectional ravenousness—Charleston Chews, Three Musketeers, Necco wafers, Turkish Taffy, those candy buttons you had to bite off long strips of paper. All of it was yummy and amazing and none had those buzz-killing “Nutrition Facts” labels. My mother was raised during the Depression, so she was all about making sure we got enough calories, nutrition being a distant second. I was more than ready to make her happy by gobbling a lot of calories in the form of fat and white sugar. Or as we called it then, sugar. This was before the invention of high fructose corn syrup and other exotic variations, so all sugar was, well, white. 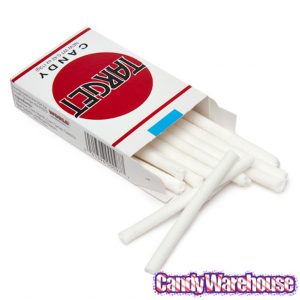 There was one rather disturbing aspect to my early candy tastes, however. My absolute, bar none, most favorite candies all resembled faux smoking products. Today, this is Very Much Frowned Upon and Probably Illegal. But boy did I love candy cigarettes. There were two kinds. The rather down-market hard-sugar crunchy ones that I recall always came in something resembling a Lucky Strikes box. These were designed tenaciously to stick to your teeth and possibly to give you diabetes. The more discerning choice was the bubblegum cigarette. So long, so thin, so tightly packed. A cylinder of bubblegum wrapped in gold-foil tipped cigarette papers. The big attraction with these was that because they were coated inside with powdered sugar, you could blow threw them and produce a luxuriant puff of sugary smoke before unwrapping and chewing the gum. Très élégant, n’est-ce pas? 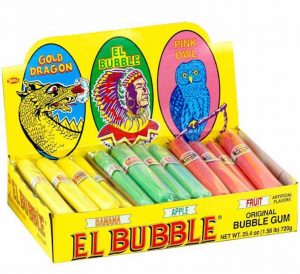 Of course, the real crème de la crème of the Candy Smokables—and it only seems à propos I should throw around a lot of French while discussing cigarettes—was the flavored bubblegum cigar. These were so very, very cool. For Christmas, I used to get a whole fake cigar box full of them. They came in three flavors: pink, green, and yellow. I don’t recall what ersatz flavor the pink and green were meant to be, but the best ones were the yellows. They were artificially banana flavored. It’s a wondrous confluence of nature and science that the essence of the banana is easily reproduced, as we would discover in Junior Chemistry class, in the laboratory and at industrial scale. Which lent itself to the sublime pleasure of the artificial banana-flavored bubblegum stogie.

Since I for one am convinced that Christmas is such a magical time that all sugar is organic pure cane and all Christmas candy contains oodles of fiber and riboflavins, I say reclaim your sorely neglected inner child and eat it all, every kind of holiday candy. And save the guilt for New Year’s. By then, it’ll only be the booze talking.