Can Broken Policing Be Fixed? 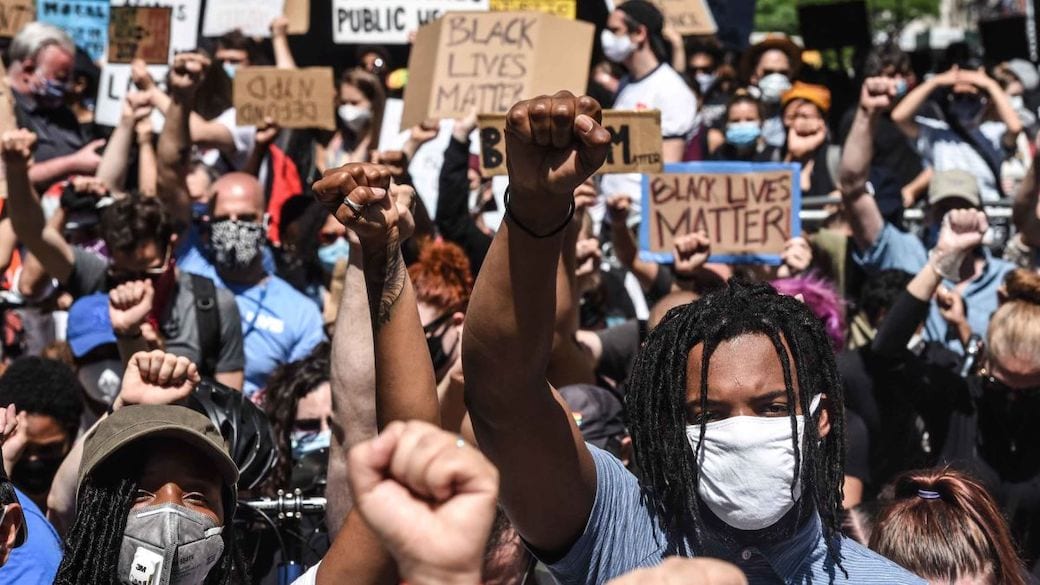 The last few weeks have seen a rapidly coalescing consensus that policing in the United States is broken, that it’s persistently biased against black Americans as well as over-militarized and over-lethal to the citizenry meant to be served and protected. 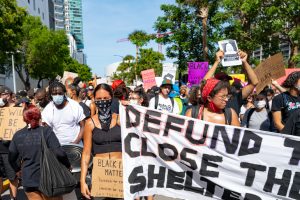 Predictable as the sunrise, the question of police reform immediately retreated into Blue and Red camps, glaring over their parapets across the political No-Man’s Land of 2020 America. Although the Black Lives Matter-fueled protests calling for systemic reform have captured substantial majority support, underneath this groundswell of police reform, there’s a troubling sense of desperation at the intractability of this forever-problem. Hence over-the-top shouts—and counter-shouts—like “Defund the Police.”

But is the problem of systemically biased and overly lethal policing truly intractable? Are there any recent successes elsewhere to provide hope to us coronavirus-and-outrage-weary Americans who Finally Want Things to Change?

I want to share a couple of examples that might spark hope that we can move beyond our failed 50-year “War on Crime” and the decades of half-measures and false starts that haven’t stopped the lengthening and disproportionately African-American list of persons who continue to die at the hands of cops.

Fair warning—you’ll need to check your American Exceptionalism before proceeding. If you don’t think we can learn from Those Other Countries, I’ve nothing more to say to you. Mind open? Then please continue reading.

Police Use of Lethal Force

Last year in America, more than a thousand people died at the hands of police. There is no single, nationwide, official statistic, but there are some well-regarded private sources like the Washington Post’s database of police shootings and the Mapping Police Violence organization. (The FBI reports that in 2019, there were 48 line-of-duty “felonious deaths” among American police officers.) That sounds like a lot because it is. However, compared to another English-speaking country in our hemisphere that long has had the most lethal police force not involved in civil war, a thousand deaths shrinks in comparison. 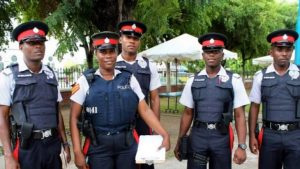 The Jamaica Constabulary—the national police force—killed 86 Jamaicans last year. High double digits. Now consider that Jamaica has a population of about 3 million—just 0.9% the population of the United States. Do the math. If American cops killed Americans at the same rate, we’d have clocked over 11,000 deaths last year. An American man has about a 1-in-2,000 chance of being killed by a cop. A Jamaican has a 1-in-180 chance of the same.

And 2019 was the least lethal year on reliable record in Jamaica. In 2010, with 277 fatalities, a Jamaican had closer to a 1-in-50 chance of dying at the hands of their own Constabulary. The Jamaican Parliament was determined to reverse what had for decades seemed an intractable problem and passed the Independent Commission of Investigations Act. INDECOM was charged with investigating every death resulting from use of deadly force by the Jamaica Constabulary.

The United States and United Kingdom governments allocated a respectable amount of funding to support the establishment, equipping, and training of INDECOM—which is how I found myself in Kingston for three months in 2011. I was sent as Senior Advisor to the Commissioner, which was a Very Fancy Title for “guy who can access American experts and money.” For those three months on a tropical island, I got to help find offices, recruit staff, write regulations, plan and perform training, and get crime scene equipment in country.

I’ve watched from afar over the last decade as INDECOM has bent the curve on police fatalities steadily downward, cutting the annual death toll by more than two-thirds. Of course, fatal police shootings are investigated in every American jurisdiction, too. Overwhelmingly, however, these are done by internal investigators—cops investigating cops. Not a formula for objectivity or instilling public confidence.

What makes INDECOM different is the “independent” part of its name. It’s a Parliamentary Commission, not an executive branch agency, with its own staff of investigators and forensic experts. The staff is not drawn just from law enforcement backgrounds—the first head of the Montego Bay regional office, for example, was a Protestant minister. The Commissioner is appointed by the Governor-General after consultation with the Prime Minister and the Leader of the Opposition. The only Commissioner to date, Terrence Williams, is a Jamaican lawyer—but he’d spent the decade before his appointment off the island as Director of Public Prosecutions in the British Virgin Islands. Any staff coming out of Jamaican law enforcement take the INDECOM gig knowing they won’t be allowed to go back. Having a former chief prosecutor in charge has also inspired dogged pursuit of timely prosecutions, as well as fostering civil lawsuits by families of victims.

Jamaica is a poor country and INDECOM has suffered from chronic underfunding, although some of the shortfall has been made up from foreign sources. There have been ups and downs—2016 saw an unexpected spike in fatal police shootings—but the decade-long downward trend has been astonishing. How Jamaica got to be such a deadly place is a long and sordid tale reaching back into their British colonial and slavery past, but INDECOM has provided a model for moving beyond the legacy of that pernicious history. And to my way of thinking, it’s a model that can be scaled.

It’s deaths at the hands of police (or wannabe police) that catch headlines—Eric Garner, Breonna Taylor, George Floyd, (just last night) Rayshard Brooks, and on and on—but the consensus is growing as to the need to eliminate the underlying systemic bias that provides catalyst for this endless parade of deaths.

There’s little use denying that law enforcement across America persistently comes down hardest on minority populations, particularly African-Americans. As in Jamaica, behind this bias is a horrendous history stretching back to slavery and Jim Crow, both North and South, right up to the present. And it is this racially determined burden-without-end on black Americans that appears intractable to the point of despair. But there is hope to be found even here. 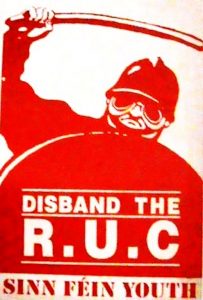 There was nothing that exacerbated the bitter divide between Catholics and Protestants in Northern Ireland more than the Royal Ulster Constabulary—Northern Ireland’s 20th-century police force. The RUC’s name began with “Royal,” conspicuous evidence that it was first and foremost a British force, an omnipresent reminder to almost half of the population that saw overwhelmingly English “Britain” as a centuries-long hostile and staunchly anti-Catholic occupying power. This 800-year history of domination and oppression, infused with sectarian religious bigotry, created a permanent Catholic political and economic underclass, under-represented in and undervalued by government in Belfast and London.

Starting in 1968—and very much related to the civil rights movement in the USA—the large (about two-fifths) Catholic minority began protesting the blatant systemic favoritism shown to the Protestant majority in jobs, housing, education, and government. The RUC—soon militarized with support from Royal Army soldiers—set about aggressively putting down protests across the province. With sad predictability, this morphed a peaceful protest movement into a violent resistance by a rejuvenated Irish Republican Army. The emergence of Catholic-nationalist armed resistance led to the countervailing emergence of Protestant-loyalist paramilitary groups, with whom the RUC aligned itself. These were the opening moves of the 30 years of The Troubles that would take 3,600 lives. Not without good cause, the RUC’s authority and legitimacy was rejected by the large Catholic-nationalist population.

After three decades of withering violence and four years of negotiations and false starts, both sides to The Troubles, with the governments of the UK and the Irish Republic, agreed to a peace plan signed on Good Friday in 1998 and ratified by referendums in both the North and the Republic a month later.

Because of the RUC’s reputation as a force coopted by Protestant interests and hostile to the Catholic population, there was no saving it while attempting a durable peace. As a result, the Good Friday Accords created a new police force and appointed an Independent Commission on Policing to produce a blueprint for it. Chaired by Chris Patten, an English Conservative (and Catholic) politician fresh off returning Hong Kong to the Chinese government, the Commission produced a final report in a little over a year. Thus was the Police Service of Northern Ireland (PSNI) born, successor to the polarizing and biased RUC.

The new police force stripped all vestiges of Royal-ness from its name, uniforms, and buildings, but the two most significant features of the Patten Commission’s plan were sectarian parity in hiring and creation of an independent Police Ombudsman for Northern Ireland (PONI). 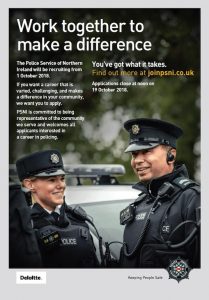 In the first decade of its existence, the PSNI undertook affirmative action to attract Catholics. This increased Catholic representation on the force from the RUC’s dismal 8% to just under 30%. The UK government ended affirmative action recruitment in 2011. As a result, Catholics have never represented more than a third of PSNI’s uniformed force. Non-officer staff has never broken 20% Catholic. (Some of this difficulty stems from IRA splinter groups threatening and sometimes attacking Catholics who join the PSNI.)

Although these numbers fall well short of the Patten Commission’s target of 50/50, the PSNI has exceeded what was considered the “critical mass” point of 25%. Public opinion polling has borne this out.

I collaborated in Jamaica with a few Brits who’d worked for the PONI in Belfast, sent to transfer some of the lessons learned in Northern Ireland to policing reforms running parallel to my work with INDECOM. So I had some knowledge of police oversight in Northern Ireland when, as a law professor, I was tasked to put together a 10-day travel study to Ireland for fifteen students in 2015. Since I’d remained in touch with these PONI alumni I’d met in Jamaica, I managed to schedule a half-day seminar at PONI headquarters in Belfast.

The Police Service has no legal authority to investigate complaints made by the public concerning its officers. All such complaints are referred to the Police Ombudsman for investigation. Like INDECOM in Jamaica, PONI also investigates deaths resulting from police action, although these are now very rare. (There have only been two in the last 20 years.) PONI’s staff of a hundred field investigators handle more than 3,000 complaints a year. 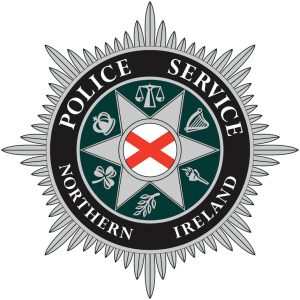 There have been challenges along the way, including an Ombudsman forced to resign under pressure in 2012. However, the one theme my students and I discovered when visiting PONI is that all staff have a very keen dedication to maintaining both the appearance and reality of independence. Several said to me that they knew any whiff of sectarian bias would do grave, probably irreparable, damage to both PONI and the Police Service.

The independence of PONI has contributed significantly to the steady increase in public confidence in the Police Service over the last two decades. The latest survey of public attitudes conducted in 2019 showed that police in Northern Ireland, once reviled by nearly half the population, now enjoy widespread support across all communities. 84% of respondents stated they believe Catholics and Protestants are treated equally. That is a tectonic shift from the depths of The Troubles.

Although the pernicious durability of racial bias in American law enforcement and criminal justice often seems intractable, so were sky-high rates of police killings in Jamaica and the widespread sectarian bias in the policing of Northern Ireland. Although neither places have solved all their law enforcement challenges, they serve both as models of change and causes for hope.

Americans can learn much from these successes, if we’re willing to listen. We do not have to start from scratch, especially now that the need for immediate change is so manifestly obvious.