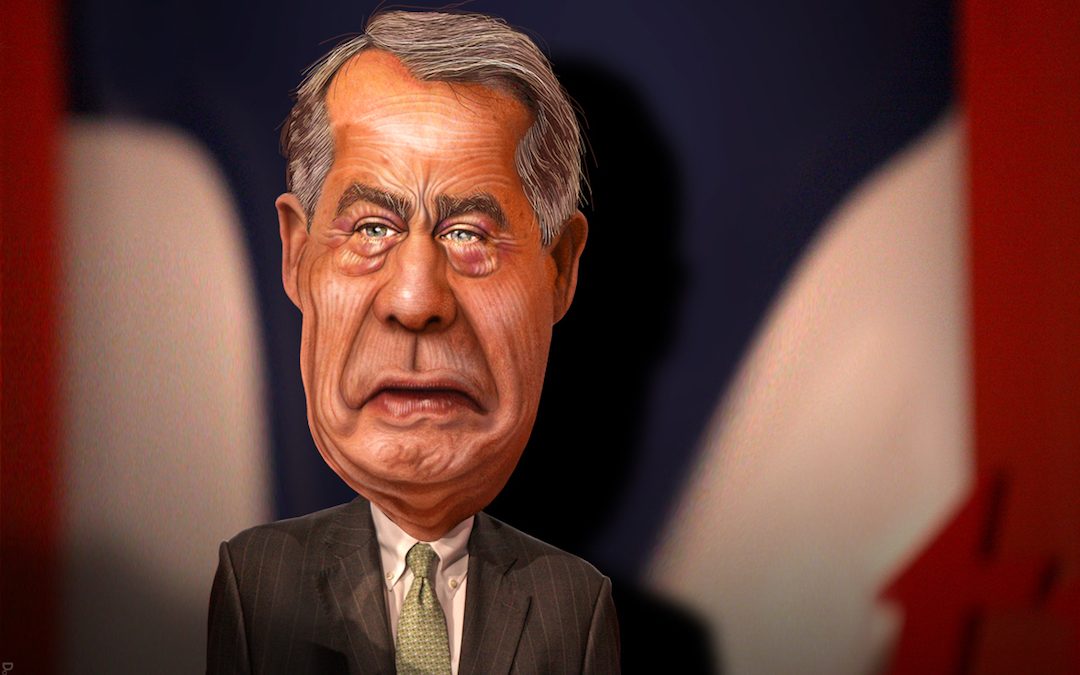 [AUTHOR’S NOTE: In gratitude for the awards, fine reviews (average 4.9 stars on Amazon!), and amazing support of readers like YOU for my first novel, None of Us the Same, I’m offering the Kindle ebook for a VERY limited time for 99¢. Here’s the link to the Amazon page.]

Back in 2010, the sometimes maudlin, often wine-swilling, and always chain smoking Speaker of the House, John Boehner, announced he was going to end earmarks. You remember earmarks? Those pet projects that every Congresspersonage toted to Washington, tried to shoehorn into a random bill on subsidies for American goat farmers, then got to go home and brag about bringing home the bacon? Those earmarks. 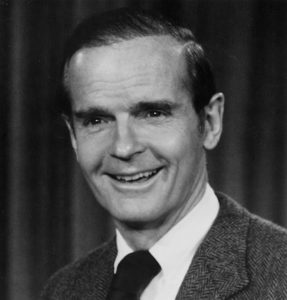 For a very long time, I was adamant that earmarks and all forms of pork barrel legislation were absolute evils and needed to be purged from our Congress. Now keep in mind, I came of age in Illinois, which is right next to Wisconsin. When I wore a younger man’s voter registration card, the Senior Senator and Hair Transplant Victim from Wisconsin, William Proxmire, used to give out his monthly Golden Fleece Award for government financial misfeasance, the lion’s share of which were awarded to earmarked pork projects.

Now we all loved Prox. Besides his doll’s-hair scalp, he didn’t take any donations for his last two election campaigns, both of which cost less than $200 out of his own pocket—for the registration fees to get him on the ballot. And he was the guy who took Joseph McCarthy’s seat when that lunatic wingnut evil jamoke finally drank and/or drugged himself to death in 1957.

I adored Bill Proxmire. He was unabashed in his loathing of the pork barrel and his monthly pressers in which he announced the Golden Fleece were cynical guilty pleasures of the first order. 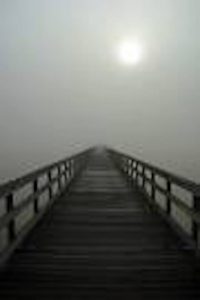 The end of earmarks can be largely attributed to Alaska. Because can’t everything? It involved what is undoubtedly the most famous bridge that was never built. This was a pet project earmarked by the Very Senior Indeed Senator from Alaska, Ted Stevens. The guy had been in the Senate forever and had some serious juice, but he got a little greedy—this particular 2005 earmark was like an elephant ear-mark, costing a cool (even for Alaska) $233 million. And the bridge would connect an island with 50 people to the booming metropolis of 8,000 that is Ketchikan

Even giving it some credit for the way-cool name, the Rest of America considered Ketchikan a rather small rural county seat and the price tag seemed a trifle excessive. Surprising no one except Senator Stevens, it became an issue in the 2008 Presidential election as the sound-biteworthy Bridge to Nowhere. Which was deeply hurtful to those 50 lonely and shivering souls on Gravina Island.

Since both President Obama and Speaker Boehner were now opposed to earmarks, the death watch began, with the pork barrel breathing its last in 2010. Requiescat in pace. I confess to being thrilled at the time. Clean and transparent government! Go America!

I was wrong. Terribly wrong. Just at the moment the earmark kicked the bucket, Congress—in particular the House—was becoming more ideologically polarized than it had ever been since the 1850s and slavery. I’m not making any political value judgments here. I believe about 99% of Americans of every political stripe would agree with that statement today. And this occurred just as we were giving up the best—and maybe last—mechanism for incentivizing the hundreds of compromises large and small that representative government requires to keep the trains running on time.

Look at it this way. When you’re trying to sell someone on a compromise, by definition it means you’re asking them to give up at least part of something they believe in or dearly desire. Most people, including rats in a Skinner box, are hardwired to avoid pain whenever possible. It’s kind of a survival thing. So if you want someone to accept some level of pain by agreeing to a compromise, it really, really helps to offer something to, shall we say, buffer that pain. I give you the purpose of the earmark.

It works this way. If Congressperson X ran as a conservative scourge of All Things Profligate and Liberal and you’re asking him to vote, say, to raise housing subsidies for poor people, it’s a lot more likely you’re going to get him grudgingly to yes if you give him something to take home to his voters. The storyline would go something like this:

Constituent: You betrayed your campaign promises and principles by voting for that!

Congressman X: Yes, I compromised a little on that vote. But in exchange, I got funding for that new $20 million dairy cattle artificial insemination laboratory in Gopher Prairie! And it comes with 50 jobs!!! Which is exactly how many people live on Gravina Island, Alaska!!!

You see how that works? It’s institutionalized bribery, but for a higher good. It helps get the nation’s business done by removing the zero-sum approach to legislating, by allowing for some level of win-win to cancel out the “if you win, I lose” approach when you’re driven entirely by ideology. 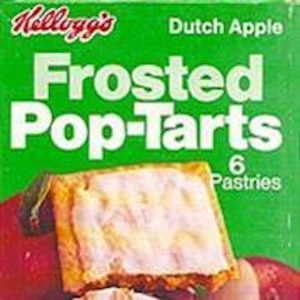 It being 2018, I miss earmarks. I mean, I really miss them. With the kind of aching longing with which I miss Frosted Dutch Apple Pop-Tarts. Damn you, Kellogg! In our rush for institutional purity (which is mostly a Good Thing) and our fetishizing of transparency (ditto), we jettisoned our common-sense understanding of human nature. And of laboratory rats, for that matter.

Perhaps Mary Poppins said it best—a spoonful of sugar helps the medicine go down. In our Current Political Environment, legislating has instead become a never-ending process of one side trying to force a bucketful of castor oil down the other side’s throats. Not good. 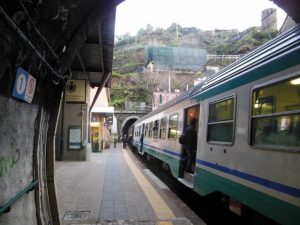 I’ve also come to understand that it’s not all about money and the efficient spending thereof anyway. My thoughts on this began to change when I lived in Italy for three years back in the ’90s. Here’s a couple of factoids that will make The Average American’s head explode. First, when we rode the train to Venice, 45 miles away, every time the train stopped at some one-cavallo town, half a dozen Italian Guys appeared in FS (State Railways, but in Italian) uniforms to wave little flags and blow whistles and do other seemingly needless stuff. I mean, there were like two old ladies and a farmer with a chicken getting on and off at these podunk stations. Second, in my little village of Dardago we got our trash collected five times a week. Seriously.

I chuckled about this with Kay-Kay for weeks. Finally, I laughingly mentioned these to Dr. Luigina, an Italian lawyer colleague of mine. She stared back at me without the slightest understanding why I would find the train station gaggles or the Monday – Friday garbage pickup the least bit amusing.

But this fine lady has been nothing if not patient with me for all the 25 years I’ve known her, so she produced a copy of the Italian Constitution. It has 129 articles. Article 4 says, “The Republic recognizes the right of all citizens to work and promotes those conditions which will make this right effective.”

Whoa. Can you imagine THAT in the US Constitution? People have a right to a job and the Government’s responsible for making sure they do? That sound was Ronald Reagan rolling over in his sunny California grave. And that explains all the Guys Waving Things in the Italian train stations and the shockingly frequent trash pickup. It’s about work for people, per Article 4 of the (Italian) Constitution.

The teaching point I learned in Italy was that some things are as important as maximizing efficiency or strict budget discipline. Maybe more important. Like providing the dignity of work for as many citizens as possible. Or doing whatever it takes to accomplish the people’s business. You know, earmarks.

Honestly, I’d fund a hundred Bridges to Nowhere today if it meant Congress could find compromises for solving immigration, securely funding Social Security and Medicare, caring for the million vets traumatized by recent wars, and finding a way to get affordable medical care for all Americans.