I found myself sinking into deep thoughts about Chaos Theory and The Butterfly Effect this week. You’d think I was pondering the nature of the universe or Something Truly Highbrow, but you would be wrong. I’m talking about Twitter. Because I broke it.

Maybe not broke exactly. I guess the better term is I went viral.

Let me be clear up front that I’m not talking about Kardashian viral. You know, two million Likes of a pic of Kim and Khloé comparing cleavage or something. Of course, I’m not at that lofty Olympian scale. But in my more proletarian corner of the social media mosh pit, sending off a tweet that gets 300,000 “impressions”—which Twitter tells me means that’s how many people laid eyes on my tweet—is a very big deal indeed.

I never really had any interest in Twitter until I started writing fiction full time two years ago. You see, in the 21st century, there is this thing called Your Writer’s Platform. It’s a little more complicated than I have any desire to describe here, but suffice it to say this means building up your profile in social media. Hence, my re-opened FaceBook account and my brand-new Twitter and Instagram accounts. 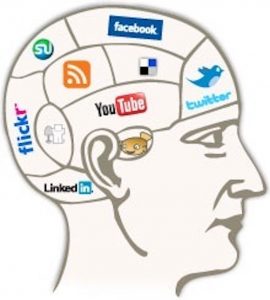 Of course then you have to Feed the Beast of your writer’s platform because, you know, it’s all about content and engaging your followers and blah, blah, blah. So They say. And far be it from me to question the wisdom of They. So I have to spend X amount of time each day on social media. It’s a soul-sucking burden, although Kay-Kay suspects I secretly love it. Maybe it’s both and I’m a Very Troubled Boy Indeed.

I don’t understand Facebook, I’ll admit, so Kay-Kay tells me what and when to post stuff there. I’m really getting beaked about all their advertising pitches BTW. Instagram is all pictures and I really don’t like posting pictures of myself, but I grudgingly do stuff from author-type events I’ve done. 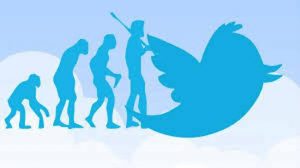 It turns out that Twitter rewards those who can turn a witty bon mot on basically any subject without a lot of thought. It seems I’m hardwired for this task and can snark it up with the best of them. It’s also the one place I get to vent all my pent-up political spleen. Which sounds very distasteful when you actually write it down. That said, I do not in the least understand how Twitter actually works. And I mourned the increase in characters from 140 to 280 because I felt like it denatured the challenge. At 140, producing tweets was like writing haiku. At 280 characters? Well, that seems to exceed the average American’s attention span in 2018.

So back to this past Thursday morning. I was reading the Washington Post on my iPad, as I do most mornings, when I flipped to the Opinion section and saw a guest column by Charles Koch, one of the infamous and fabulously rich Koch Brothers. It was nominally expressing opposition to Trump’s tariffs announcement, remembering that the Koch Bros have many companies that Make Stuff from Steel. However, he went off on how shocked, shocked he is that big companies are pressuring Government to line their pockets at the expense of average hard-working Americans.

Now whatever your politics, that takes some island-sized brass ones for the most egregious purchaser of political influence and Members of Congress to condemn anyone for seeking to, well, influence Members of Congress. It was laughably hypocritical. So I copy-and-pasted a particularly audacious piece of nonsense from this article and produced the following tweet: 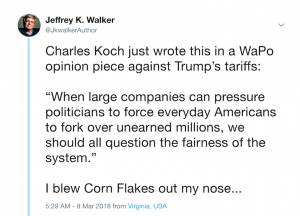 Almost immediately, my Notifications tab started overflowing with Likes, Replies, and Retweets. Within four hours, my tweet went over 50,000 “Impressions” and 2,500 “Engagements.” That was something I’d never seen before. I’d had one previous tweet get 100,000 impressions, but that took maybe 15 days.

And it just kept going, rolling up Likes and RTs like an old-school slot machine coming up cherries. Just before I published this post, this is what the metrics looked like: 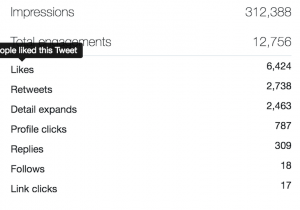 Just to frame this, a tweet about me laughing so hard at Charles Koch that I blew Corn Flakes out my nose—and for the record, I will neither confirm nor deny the veracity of this cereal honking incident—was going viral on Twitter.

I don’t pretend to understand at all why this might be so. I’ve carefully crafted very witty and wisdom-filled political tweets in the past, only to see them vanish beneath the cacophonous surface of the Twitterverse with six Likes and one Retweet. Granted, none of them included any nasal expulsions of a food product.

Regardless, my Koch-Corn Flakes tweet seems to have mass appeal. Besides garnering 312,000 sets of eyeballs, my tweet directly won me 340 new Followers in less than 48 hours. I had gained a total of 46 new Followers during the preceding 28 days, by way of comparison.

Funny thing is, this doesn’t seem to have done much as far as selling my books or driving new traffic to my website. I did get a spike in page views of my blog posts, but we’re talking bumping up to 85 page views a day from my prior average of about 18. That’s a big percentage increase, but not much by way of actual human beings.

So I’m left with wondering, what’s it all about? Does the silly amount of time I spend each week “building my author platform” actually do anything for me as an author? I mean, I feel better blurting out all my political anger and frustration on Twitter. The value of that is not to be gainsaid in this Age of Trump. But I can’t point to many books all my whingeing has produced.

My son Scooter was of no help when I asked him how I might leverage my wild and fleeting notoriety into readers of my books. He gave me a shrug over email and said that he believes digital competence skips a generation and that I should wait until my grandson Goober gets a little older and ask him. This completely unhelpful reply reminded me that this was the kid who hid bottles of cheap vodka under the bathroom sink, too. Which sent me to contemplating whether he should be cut from my will and his share given to the aforementioned Goober—on condition that he give me usable tech advice someday.

In the wake of my recent viral-ity, the only certainty with which I’m left is this. Laughing so hard that food comes out your nose is just as funny to most people at the age sixty as it was at the age six. So there’s that.