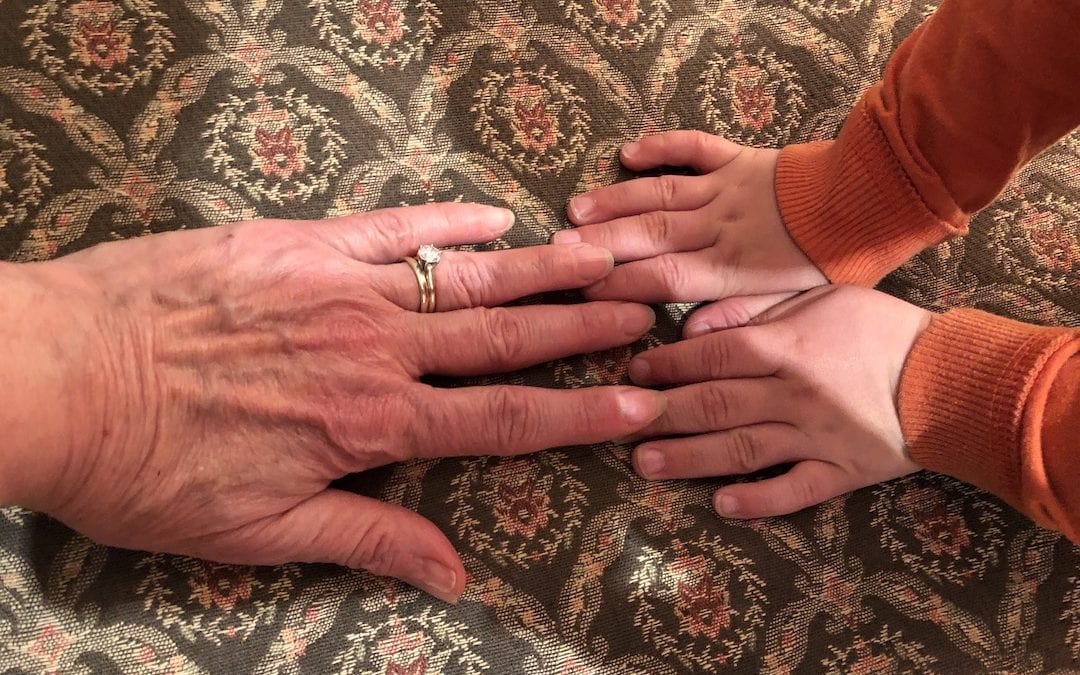 I’ve put off blogging about a very particular topic, since it seemed to me unavoidably boorish. But a Recent Happy Event has resulted in my succumbing to what I hope will be only a temporary loss of impulse control disorder. So it’s time to write about grandkids. 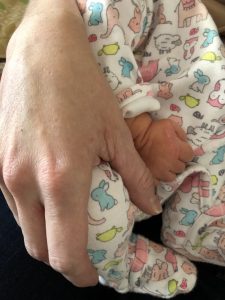 In the early hours of Monday, our daughter, Peanut, presented me and Kay-Kay with our second grandchild, our adorable little granddaughter, Goldie. This after something like 14 minutes—alright maybe three hours—of labor. Which will endear Peanut to exactly zero Women Who Have Endured Endless Labors and/or C-Sections.

Wee Goldie arrived complete with some very chubby cheeks and a shockingly luxuriant head of dark hair. Initially, she looked to me very much like a tiny Victor Mature in “The Robe.” Which I found very exciting. Kay-Kay was Somewhat Less Amused with this observation.

I don’t intend this blog to consist of boasting about my grandkids. Well, not much anyway. But having two grandchildren makes me a Leading World Expert on grandparenting. At least by Twitter standards. So let me say a few Deep Thoughts about the Institution of Grandparent.

Your Kid Has a Kid! 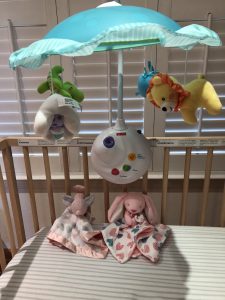 The think that hit me like an errant asteroid after our grandson, Goober, arrived was how utterly amazing it is to watch my own kid be a parent. Granted, daughter Peanut is maybe a couple of standard deviations out from under the bell curve. From about the age of ten, tiny children have been irresistibly drawn to her. Starting at age 12, she became the most in-demand babysitter on the planet. Seriously, parents would call in July to get penciled in on her calendar for New Year’s Eve. So we long suspected she’d be an incredible mother one day.

That day is here, and she is. 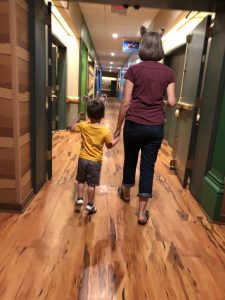 Seeing my daughter mother her children produces a whole jumble of emotions. It’s thrilling to see little snippets of me in her interactions with Goober and Goldie. Of course, there are a lot more snippets of her mother, which pleases me even more. Sometimes watching her produces odd pangs of memory. Her boundless patience with her children brings to mind the many times I was testy or unavailable with my own kids. But that’s water well and truly under the bridge—and Peanut and her husband JD are making up with this generation for all my failings with the last. (I’ve said several times to my son-in-law how much better at the whole fatherhood thing he is than I ever was. And he truly is.)

The second Big Thing about grandkids is how much the pressure is off. I mean, with my own kids, within about 10 minutes of the initial flush of joy and wonder dissipating, my first thoughts were, “How am I going to afford this kid?” And “How do I keep this tiny person safe?” Also, “He’s going to quit college on me, I just know it.” Well, maybe not the first day.

With grandkids, you don’t have any of that responsibility, at least not first hand. It’s some other poor schmuck’s job to figure out how to pay for a gazillion dollars in college tuition or maintain uninterrupted medical coverage. Not. My. Job. Not this time around. 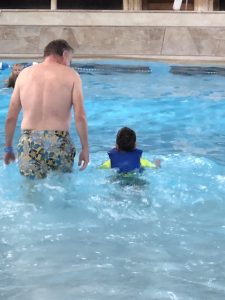 I generally see my role as Spoiler. And I embrace it. I get to say yes and I never actually have to say no. If the kid gets ornery or whiny or fills an epic diaper, I can just hand him or her off to Mommy or Daddy. Also to Kay-Kay, who being of a More Grandmotherly Bent, seems not to have gotten the same Spoilage Memo. I find this hard to believe, but she actually volunteers to change diapers that should require hazardous waste permitting.

But hey, that’s her journey. I see my journey as more Club Med than Outward Bound. Kay-Kay always was a much better mother than I was a father and I’m still OK with that.

The final aspect of grandparenthood I find fascinating is the little spark of immortality I get from being around my grandkids. I was a lot younger raising my own kids, with much more of my life in front of me than behind. Now, well, not so much. Seeing little flickers of myself in Goober and Goldie is, on a very primal level, deeply reassuring. Something of me will survive after me. That helps with that existential angst that creeps in while lying awake at 3:00 A.M.

I think this is important for my mom, too—or GiGi as she is known to her now six great-grandkids, with number seven due any day now up in Massachusetts. Most of them live hundreds of miles away from her and she can’t travel anymore at 91. She can’t really see photographs anymore either, with her eyesight stolen by age and macular degeneration. But she knows they’re here, alive and growing and living with their parents who are her grandchildren. She does a lot of praying for them all, which is something she can do from her favorite chair in her assisted living apartment. And that means a lot to her. 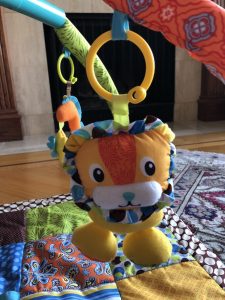 Goldie’s big brother, Goober, has thus far found his new baby sister endlessly fascinating and enjoyable. He informed me with great seriousness over FaceTime that he has to check on her every five minutes. I’m kinda certain that won’t last much longer. He seems OK sharing both his old toys and his Mommy with her, too. Let’s hope that lasts as long as possible.

Isn’t it great that once we’re through exhausting ourselves raising our own kids that nature provides us with this peculiar kind of do-over? We get all the joy with very little anxiety, all the fun with very little responsibility.

I find grandparenting kind of like dessert time. Except you can gorge yourself as much as you want without getting a big butt.

Any thoughts on grandparenting? Leave them in the comments section. Love to hear from you.