Autumn Is the Best Season 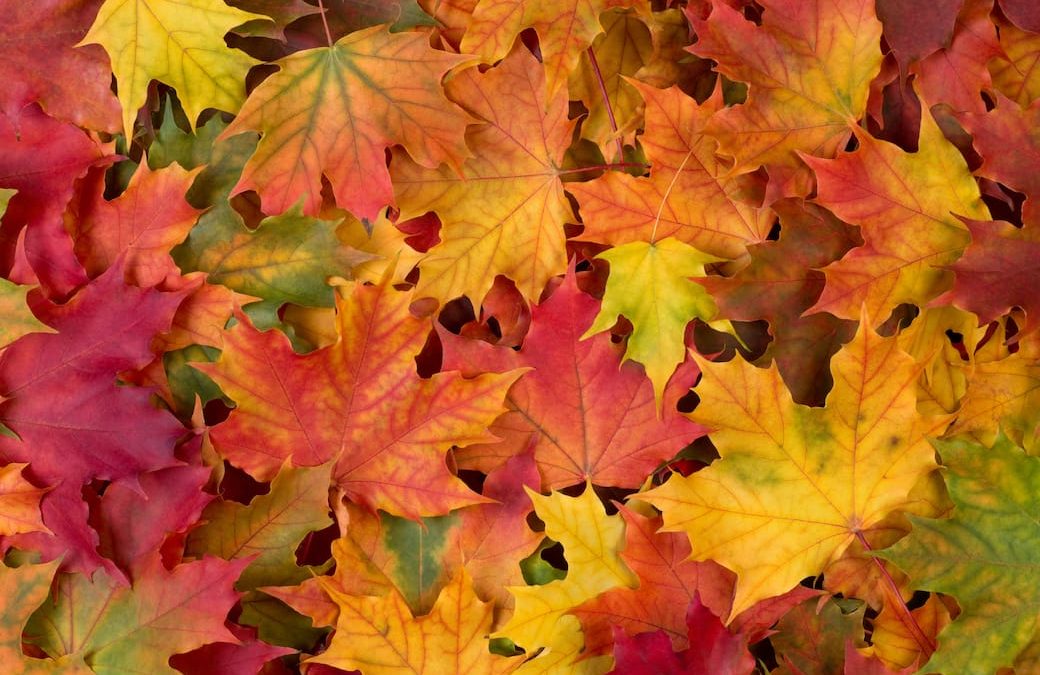 Here we are again. That existentially crushing September day in the Northern Hemisphere when we look at each other and say, “That’s IT? Summer is OVER?!?” Except for me. Because autumn is the best season. And I will fight you over this.

Autumn Is Just Another Spring 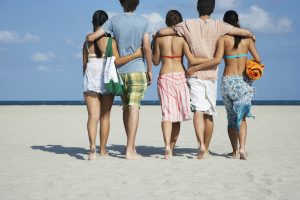 Summer is great, as far as it goes. But it’s too much of everything. Too much heat, too much sun, too much humidity. Too many airline passengers, too much tourism. It produces a frenetic drive in Americans to Have Too Much Fun Too Fast.

OK, you get to wear no shoes and very little clothing. There is that.

Albert Camus was a brilliant French Writer Guy who lived hard and died young. Which is a requirement when you’re both brilliant and French, n’est-ce pas? Besides penning L’Etranger, he produced one of my favorite quotes about autumn:

Autumn is a second spring when every leaf is a flower. 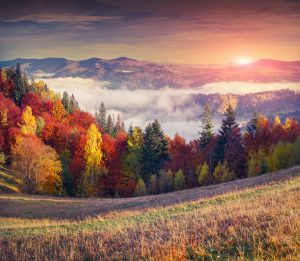 This eloquently states the obvious, as French Writer Guys are wont to do, in addition to  living hard/dying young. Because the first thing that always comes to mind about autumn is the foliage. There are three reasons for this. 1) Leaf forts. 2) Lazy elementary school teachers who made every one of us bring in fallen leaves to glue to construction paper as an “art project.” 3) Autumn leaves are indisputably breathtaking.

Somewhere along the course of my life, an Authoritative Person I can’t remember told me that you can’t have good fall color without at least one frosty night. This triggers all the leaves to begin turning at the same time. That’s how you get the incredible palette of yellows and oranges and reds and purples that feature prominently in all Vermont-Tourism marketing material.

I’ve lived in places that get a reliable October frost. These include Wisconsin, upstate New York, and Massachusetts. Autumn was visually spectacular in each of these places.

Now I live in the Virginia Tidewater. Frost isn’t much of a thing and certainly not in October. Mostly what we get is maple and oak leaves slowly fading to some shade of brown. This is, as far as I can tell, a result of their utter exhaustion at having to keep photosynthesis going well into November. It’s somewhat short of spectacular. Closer to “meh.” 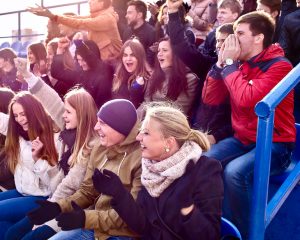 Yeah, I love the colors of autumn. But I really love what in the Midwest we euphemistically called Football Weather. This is because football requires sunny warm days to keep the grass of the playing field impeccably green, with optimally chilly nights for players greatly exerting themselves in thirty pounds of gear and a few layers of clothing. From the spectators’ point of view, chilly nights under the lights lend credence to the need for Imbibing Strong Spirits to ward off the chill, while providing optimal attire for concealing the bottles.

Be honest. You know exactly what I’m talking about.

My unremarkable football career began and ended with two years of Pop Warner youth league, but autumn weather still quickened my pulse and raised the color in my cheeks. I’ve written of this before, regarding homecoming floats and their attendant dating opportunities. Autumn was marvelous for the teenage me.

Let’s not overlook the luxuriant smells of autumn, too. Much of the odors of the season revolve around those splendiferous falling leaves. The alluring pungency of burning leaves, the renewing earthiness of leaf mold. 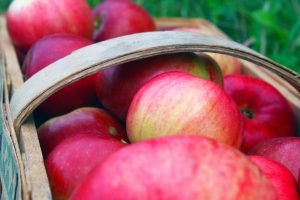 But for me, the defining smell of autumn is the scent of apples. Be they in liquid-cider form or solid-pie form or gaseous-baking-aromas form, apples are the distillate of the wild blossoms of spring and the slow-ripening ruddiness of summer. Autumn is peak apple-ness and I am here for that. Every single year.

Sadly, I must now confront the harvest-toned baby elephant in the seasonal room. This troublesome pachyderm has, in recent years, introduced a troubling discord into our autumnal idyll.

It goes without saying that I am referring to… pumpkin spice.

Like my favorite NPR talking head, Marketplace’s Kai Ryssdal, I am not a devotee of Pumpkin Spice Mania. Kai so hated this craze that he famously raised $50,000 for charity on a dare to drink an entire Pumpkin Spice Latte. Alas, I must satisfy myself with pubic whinging and whining. 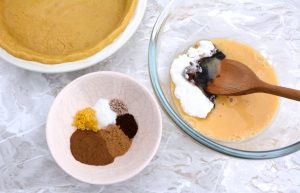 Let me be clear. Pumpkin Spice has a place in the cosmos. And that is IN A PUMPKIN PIE.

Let me be equally clear. Pumpkin Spice does NOT belong in espresso drinks, tortilla chips, underarm deodorant, Twinkies, or my beloved candy corn. I note that even corn does not belong in candy corn, for the less discerning of my readers.

Autumn has a thousand ways to tease our senses. But for me, it’s the light. It’s a gilded season; everything the low-slanting sun illuminates is touched with gold. 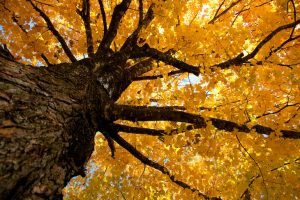 The saturation of all colors grows, the shadows deepen enhancing the contrasts. That the daylight is more fleeting only adds to the ephemeral magic. I find myself sighing a dozen times a day, entranced by the sheer loveliness of nature in her last fancy-dress showiness before the cold grays and stark whites of winter.

When we lived in northern Virginia, the house that sat right at the end of our street on the T-intersection had this big, perfectly shaped maple tree. I mean, it was like a first grader would draw a tree. It was the Aristotelian ideal of a tree, the essence of tree-ness. In fall, it was a huge orb of ruddy-orange leaves. But when the slanting autumn  sunlight hit it, it never failed to take my breath away each time I drove past. 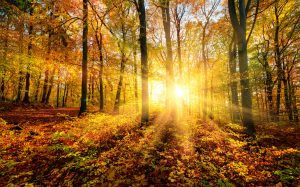 I know there’s physics behind this—the orbit and tilt of the Earth, atmospheric refraction, whatever. I don’t much care. If I could do math, I’d have gone to medical school, not law school. Sometimes science produces pure magic and I don’t feel the need to look much further than that.

… And the Dying of the Light

There is a bittersweetness to the explosion of beauty in the autumn months. It’s a harbinger of things fading into the deadness of winter. Unlike the blood-pumping excitement of everything-newness in springtime, there’s a wistfulness to autumn. Even as we luxuriate in the gorgeous quality of light, the days are growing shorter, the nighttimes colder. The air conditioning is replaced by the furnace, the smooth cotton sheets and light pajamas give way to their unavoidable flannel successors.

But this wistfulness brings with it a peacefulness and quietude, a necessary pause to rest and contemplate before the generative process of spring and summer commence all over again. As we know it will, over and over. In the British Isles, there persists in some rural areas the late-September tradition of the Harvest Home. The village is festooned with boughs to mark the end of harvest. The people gather to celebrate bringing in the last sheaf of grain from the fields. This is traditionally braided into a harvest doll, which is ceremoniously drenched with water, The doll is put way until spring to serve as a rain charm for the new planting season. Of course, there are feasting and music and dancing.

Perhaps our communal obsession with Pumpkin Spice Everything is our substitute for the Harvest Home. Maybe this fulfills a yearning for the cozy peace of mind and sense of belonging that comes with a communal job well done in bringing in a harvest. The German’s call this Gemütlichkeit. As usual, we don’t have a single English word to capture all that. Like Backpfieffengesicht—an annoying face just crying out to be slapped.

I’ll embrace autumn as my favorite season again this year, as I have since boyhood. I will not, however, wear Pumpkin Spice deodorant. No mater how Gemütlichkeit it may be.