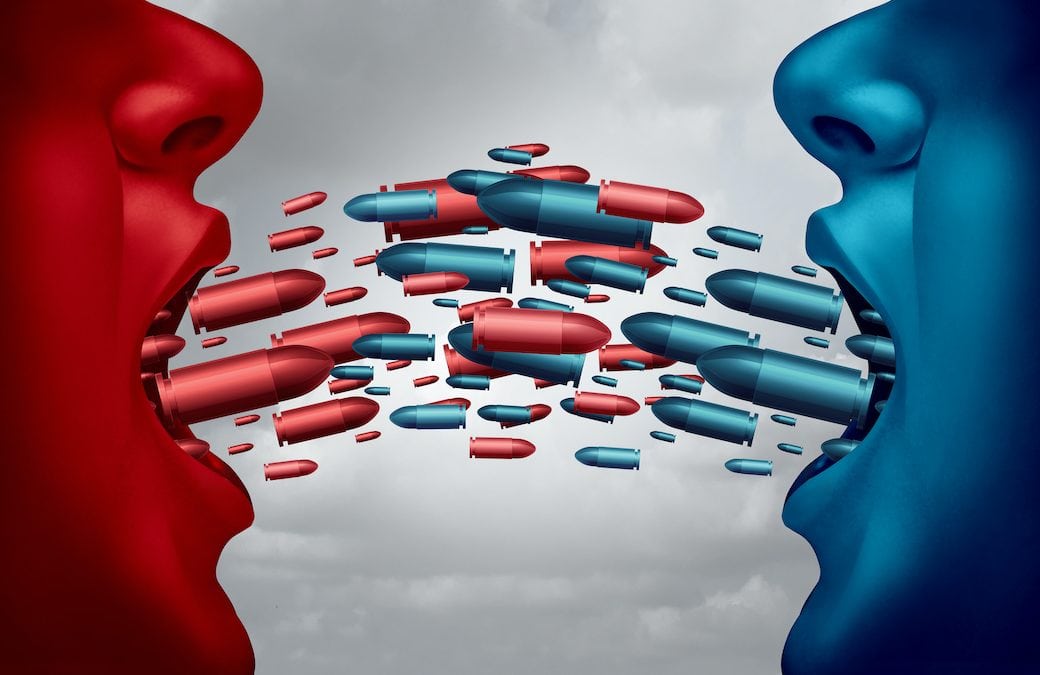 I get it. Everyone seems to assume I’m a conservative. I’m like a cookie-cutter shape from the conservative demographic. Aging Boomer? Check. White Guy? Check. Born and raised in small-town Midwest? Check. Old Air Force officer? Big check. 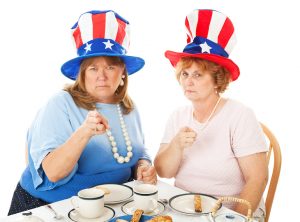 Here’s the thing. I’ve voted for exactly one Republican in my entire life. And she was my mother. Absolutely true.

With the US of A divided into two increasingly hostile tribes, peering out over their stockades at The Other Side and assuming the absolute worst about them, I’ve been newly pondering my own life as An Assumed Conservative.

Used to be I found this amusing. I’m long used to getting comments like, “You know what I’m talking about, right? You must’ve voted for Bush.” It always tickled me to watch the reaction when I’d say, “Ummm, actually, I voted for Gore. And Kerry.”

One of my favorite pastimes back when I worked at The Pentagon in the late ’90s was tweaking fellow military officers with my non-conservativeness. Bill Clinton was, shall we say, Not Very Popular amongst most military officers. Often, when gathered for one of the Endless Number of Meetings for which The Pentagon is rightly infamous, a favorite diversion while Waiting for the General(s) to Arrive Always Late was trash-talking the Commander-in-Chief. I know you may be shocked by this, but it happened regularly with Ol’ Bubba. I’d smile and nod along, waiting for an opportune moment to say, “Huh, that’s interesting. I voted for Clinton. Twice.”

Lately, however, it’s been feeling more dangerous than amusing.

I should have recognized the Early Warning Signs even twenty years ago. The reaction to my insouciant comment generally ranged from, “You’re kidding, right?” to “And I thought you were a smart guy, Jeff,” to people who were trying to keep their heads from exploding. On one occasion, an Army major silently stared daggers at me, then with a great show of disdain got up and moved to the seat farthest from me. I’m guessing things haven’t gotten much better since then.

Having Pointed a Finger at others, I freely acknowledge there are at least four pointing back at me. These days, I find myself jumping to Many Assumptions About Very Many People. Most of the traffic to this blog is referred by Twitter; I have, as they say, a Big Twitter Presence. This is also the place where I vent my political and social opinions most freely, for better or worse. I make assumptions about tweets and the people who’ve sent them every single day. Many of these assumptions, I’m absolutely certain, are completely unfair.

In Virginia, you can buy “Don’t Tread on Me” license plates. When I see one—ditto as with Twitter—I find myself assuming very uncharitable things about the driver. He might be a decent guy, a load of laughs, great to have a beer with, etc. But America, 2020.

Much of the Deeper and Deeper Hole we Americans are collectively digging ourselves into is a result of these rampant run-away assumptions we’re all making based on a single tweet or a license plate or choice of headgear. In short, based on almost zero relevant information. And I’m here to give my testimony that I, too, am a Big Sinner in this regard.

This situation has caused most people, including myself on a regular basis, to despair for American civil society. It doesn’t much feel like we’re making America Anything But Angry Again. Not good, as many examples throughout history show.

I got a little glimmer of hope this week, however, and from an unexpected place.

The Irish had a general election last Sunday, with some startling results. Here’s the last century of Irish political history in 100 words. Since independence in 1922, Ireland has been ruled by one of two political parties, Fianna Fail and Fine Gael, which are both “center-right” parties, about a hair’s breadth apart politically and ideologically. The only reason there are still two near-identical parties is that they descend from opposing sides in the short but nasty Irish Civil War that followed independence. 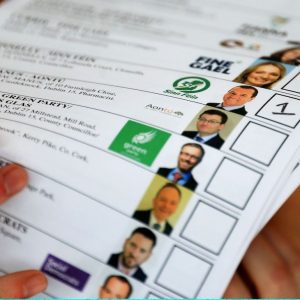 Well, last Sunday along comes Sinn Féin—formally known as the political sibling of the Irish Republican Army that caused a lot of the trouble during The Troubles of 1968 through 1998. Sinn Féin rejected violence a couple of decades ago and are already the second-largest party in the regional Northern Ireland Assembly, being the preferred party among the Catholics there.

Who would have guessed it, but Sinn Féin came in top of the “first preference” vote—Ireland using a type of single-transferrable vote wherein you number your preferences among the candidates. In the end, Sinn Féin got the second largest number of seats in the Dáil, the Irish lower house of parliament, because the districts are multi-member and they didn’t run enough candidates to fill all the seats they would have won. You see, Sinn Féin was as surprised as everyone else.

Here’s the interesting bit. There is No Place On Earth with more bitterly divided tribal politics than Northern Ireland. But the Ulster Protestants and Catholics sit together in the same regional parliament, albeit uneasily and with long periods of suspension. In the Republic of Ireland, the only people who voted for Sinn Féin in the past were die-hard nationalists for whom reunification of Ireland was the only important issue.

Then Sunday happened. Turns out the exit polls showed most of the people who voted for Sinn Féin chose them because of… income inequality. They were looking for a lefty-leaning party to advocate income tax reform and enhanced social programs. You know, (soda) bread-and-butter issues? That they also still advocate reunification of Ireland elicited a “meh” from most of these voters. As a result, the same political party is now the second-largest party on both sides of the border.

And what’s happening north of that border is even more interesting. With the United Kingdom now officially Brexited from the European Union, a clear majority of the people in Northern Ireland aren’t very happy with that. In the Brexit referendum, 56% of Northern Irish voted no—probably because Northern Ireland had made out like a bandit from the EU. Being a “poor” part of Europe meant they were getting billions in regional development funds.

The Northern Irish Protestants also have a deep historical and confessional attachment to Scotland, from whence their ancestors came 400 or so years ago. And Scotland was even less thrilled with Brexit, with almost two-thirds voting no in the referendum. As a result, there’s also a substantially greater than 0% chance that Scotland will hold a second independence referendum, with or without the London government’s approval, in order to get back into the EU. The Scots also having made out like bandits from that regional development money. And there is also a much greater than 0% chance that this time a majority of Scots will opt for independence and EU membership. 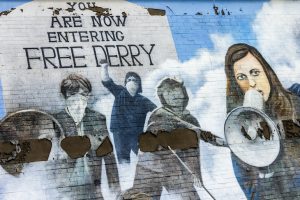 Seeing as how the Republic of Ireland is still strongly and happily within the European Union, all of a sudden the idea of reunification with the Republic—and therefore the EU—is looking a lot better to a lot of people in the North. And this includes a healthy chunk of the Protestant population that heretofore would have thought this apostasy. Again, people—especially those under 35 with no memory The Troubles—are more concerned with (brown) bread-and-butter issues than old tribal antagonisms. When sober and staid The Economist can actually write in a cover story that a reunified Ireland within the next decade is a clear possibility is frankly amazing. The EU Council of Ministers has helped this along by issuing a decision that, should Northern Ireland rejoin the Republic, they will automatically be back inside the EU, done and dusted (a British idiom I’ve been dying to use for years).

The upshot here is that even though things look mighty dark for any bridging of the yawning gap between the Progressive Tribe and the Conservative Tribe here in America, people not unlike us and coming from a much darker place are finding common ground again. After three decades and 3,500 deaths, enough people in Ireland appear ready to truly and finally bury the sectarian hatchet. If they can even imagine this, there may yet be hope for us Yanks, too.