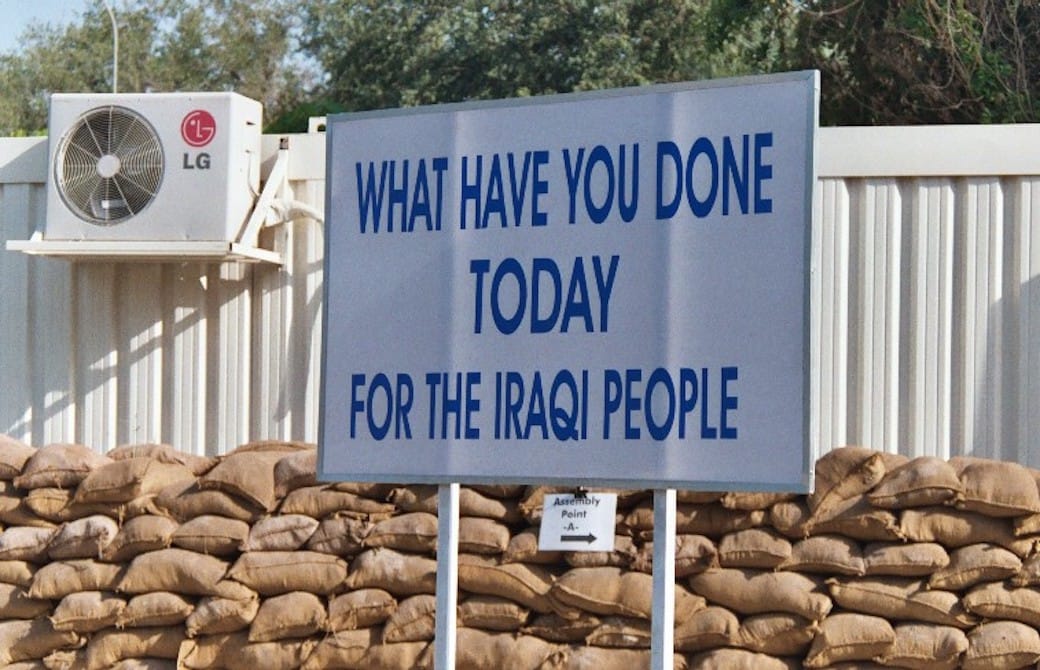 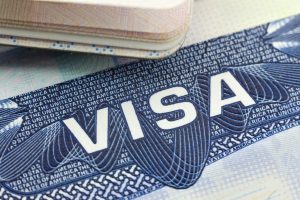 In what’s become a series of editorials, the Washington Post again called out the serial broken promises made by America to Afghans who worked for US and NATO forces. This time, WaPo begged the Biden Administration to surge immigration visas for the thousands of Afghan translators who have been indispensable to the mission and safety of an entire generation of American GIs.

Time is running out for them, with Biden’s hard withdrawal deadline of 11 September. I don’t know anyone with even an inkling of experience with Afghanistan who doesn’t think the Taliban will come roaring back by autumn. America’s broken promises will be death sentences for too many.

The risk to those who served as translators and other critical support jobs is palpable. This goes for their families as well. And we’re failing them. 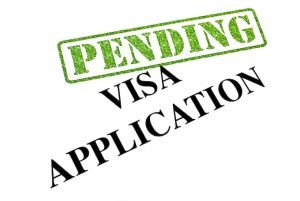 WaPo reports that 18,000 Afghan staff are in the visa pipeline. The authorized program cap is 26,500 visas. As of December, there are 10,993 remaining. Adding in family members raises the number of at-risk Afghans in bureaucratic limbo to over 70,000.

Let me assure you, for these thousands and thousands of people, it’s a Very Big Deal.

This isn’t the first time the US has broken promises to local nationals who were indispensable to our operations.

In 2008, the United States instituted the first Special Immigrant Visa (SIV) program for at-risk Iraqis. Coincidentally, this was a few months before I arrived in Baghdad to head up a justice reform project for the State Department. (Congress expanded the SIV program to include at-risk Afghans in 2009.)

There were equal parts excitement and relief among the two dozen Iraqi translators and IT experts on my staff. Almost all had worked for other US programs previously and were definitely at risk. 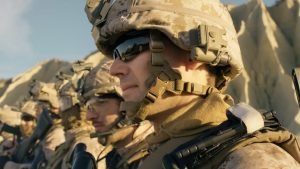 In reality, anyone who worked for the Americans was at risk from one militia or another. My program offices were inside the Green Zone and every Iraqi staffer had a cover story. It’s a good thing no one tallied up all the people who claimed to work for the Iraqi Parliament or Ministry of Foreign Affairs in the Green Zone.

Several of my staff applied for their visas immediately, expecting to be in the States to see the first winter snows.

It didn’t work out that way.

My Very Own Radar O’Reilly

Let me relate stories of three of my Iraqi colleagues.

Mahmoud was a short young guy, full of ideas and energy. I don’t recall his actual job title, but he was my majordomo and all-around Fixer of Things. An Arab Radar O’Reilly. He checked the pulse of the staff and knew when it was someone’s birthday or a wife was expecting. As long as I had cash and didn’t ask too many questions, he also could procure whatever we needed. He was incredibly loyal and would do anything for me. 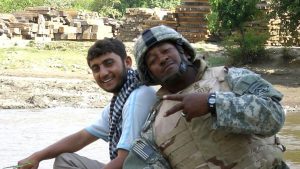 Right after I arrived in July 2008, he applied for a SIV. A few months later, he arrived late for work with two bullet holes in his windshield from a sniper. When I left a year later, he was still waiting. He wouldn’t make it to Albany, where he’s settled with his wife and boys, for another two years. And three years is a long time to live at risk in Baghdad, every day worried over the safety of your children.

How many years’ delay does it take for America’s promises to be considered broken?

One of the Kindest Hearts 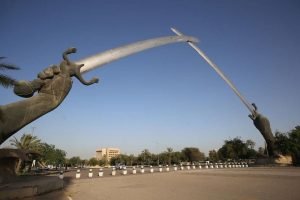 Most of the 74 slots on my staff were for expatriate Americans. We lived in leased housing within the Green Zone. Our compound was across from the Iraqi President’s residence, just up the road from the famous crossed-sword statues.

We had a remarkably fine support staff—security, maintenance, logistics—mostly comprised of Afrikaners. But a young Iraqi lady named Miriam was our head housekeeper.

Miriam really looked after me. This was partly because I was the boss and mostly because I paid her extra for anything I could think of. She provided the most expensive laundry service in Iraq. Not because she overcharged me. I knew her family relied on her wages and so I wildly overpaid her. Which was fine, since I was also wildly overpaid.

She kept my room spotless, which is a challenge during three-day sand storms. She also was a devotee of some peculiar form of Arabic feng shui. I’m fairly sure of this, since she would regularly get the maintenance guys to rearrange all my furniture. And I mean wholesale rearranging. Sometimes whole pieces would disappear or be replaced. It became a challenge keeping track of my underwear drawer. But I loved her for it.

One night about nine months into my time in Baghdad, Miriam knocked on my door, accompanied by Janco, our Afrikaner support supervisor. He was one of those guys who didn’t speak Arabic, but always knew what was being said anyway.

Miriam was sobbing through hysterical tears.

In a trilingual pointy-talkie conversation, Janco explained that Miriam’s brother and his oldest friend had a colossal falling out. In his rage, the friend revealed to the local Sunni militia that Miriam was working for the hated Americans. 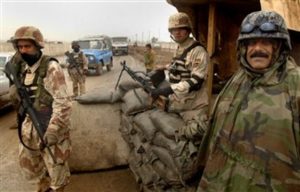 The family received a serious death threat in short order and had to flee Iraq immediately. This would be by car, overland to Syria, which meant transiting Anbar Province, the Wild West of Iraq, home of Fallujah among other unsavory places. The chances of the family making it to Syria were directly tied to how much they could bribe along the way.

I went through our housing compound knocking on every door. I asked—really demanded—all the Americans give whatever cash they had on hand. This was always in US dollars inside the Green Zone. In 15 minutes, I collected over $4,000, stuffed it in a paper bag, and handed it to Miriam.

In the end, Miriam and her family made it to Damascus. Out of the frying pan, into the fire a few years later. There was no time to wait for the endless SIV process to play out in her case. Just more broken American promises. 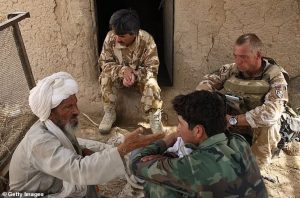 Rafat was the guy who became my de facto personal translator. He was really, really good. He was also the son of an Iraqi appellate court judge imprisoned by Saddam, so he knew legal terminology better than any of our other translators. Like Mahmoud, he was fiercely loyal and became a good friend. So much so that he sat crying with disappointment in my office when I told him I couldn’t leave the Green Zone to attend his wedding.

An English Literature major at Baghdad University, Rafat used to trade Shakespeare quotations with me over lunch. He was soft spoken and always immaculately dressed. He also bore a striking resemblance to a twenty-something Omar Sharif. 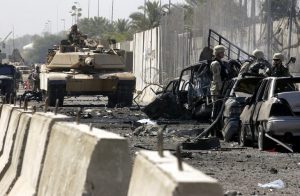 About a year after I left Iraq, I awoke to news on NPR that there had been a series of car bombs at the entrance to the Green Zone that morning. Scores had been killed and hundreds wounded.

I knew every one of my old Iraqi staff had to queue at that entrance each morning to show identification. There was always a big backup of people and vehicles.

Not ten minutes later, my phone rang. It was Mahmoud in Baghdad, still awaiting his SIV. The far-away voice said, “Boss, Rafat’s been blown up. He’s alive, but he’s hurt bad.”

I sat stunned on the edge of my bed and said, “What can we do for him?”

Show Them The Money 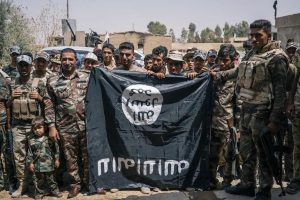 Mahmoud took a long breath and said, “He’s in the wrong hospital, Boss. If they find out he’s Shi’a, they’ll kill him. The Sunni militias have been going through looking for Shi’a. We’re going to have to bribe big to keep him alive and get him moved.”

At least I knew what to do. I told my wife I was taking a thousand bucks out of our account, then called my partners and asked how much our company could give. Then I started calling American staffers from the project who had rotated home, too. Finally, I called a buddy who ran an NGO in Baghdad to arrange a wire to his organization’s account in Iraq.

By the next morning, Mahmoud had $7,500 in hand and spent the next days getting Rafat stabilized and transported to a safe hospital. He was messed up—a massive abdominal wound and a shattered cheek and jaw—but he wasn’t going to permanently depart his wife and baby daughter. 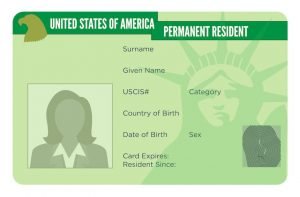 In a colossally broken American promise, the US Embassy never approved a SIV for Rafat. I have no idea why and neither does he. They don’t tell you they’ve turned down your application. It certainly couldn’t have been for lack of being at risk. And it certainly was another of the horribly broken promises by America.

So we’ll probably fail the remaining Afghan translators, too. You see, Iraqi and Afghan staff aren’t constituents of any elected official in the US. Broken promises from America is a truly bipartisan effort. 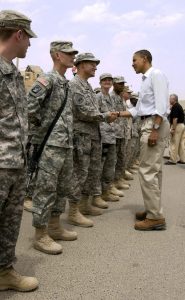 In turn, the Bush, Obama, and Trump administrations all failed, albeit for different motives. For Bush, it was bureaucratic incompetence getting the program up and running. For Obama, it was withering fear that one or two Bad Guys would slip into the country on SIVs and wreak some havoc. After all, you can’t give the Republicans a cudgel for midterm campaign commercials. For Trump, well, they were just Arabs or some other kind of Brown people. His administration reveled in broken promises.

Yes, I’m cynical and disappointed and fed up with our broken promises. Maybe—just maybe—Biden will do the right thing at last. No more broken promises from America, please.

Rafat was finally granted asylum by the Canadians and has been safely out of Iraq for several years now. He’s had reconstructive surgery on his jaw and is in good shape.

In a bad news/good news twist, the wife of my Afrikaner buddy Janco drained their joint bank account and took off for England with another man. Not being easily kept down, Janco went to Damascus to find Miriam. He proposed and she accepted. They now live peacefully in South Africa with their little girl.

[Note: The names of all persons in this blog have been changed to protect their privacy.]