American Corruption and How Others See Us

There’s been a lot of talk about corruption here in the (currently-not-very) United States of America. Not without good cause, mind you. For example, the current occupant of the White House will soon be facing Uncomfortable Questions about his alleged corrupt practices. American corruption is running rampant. 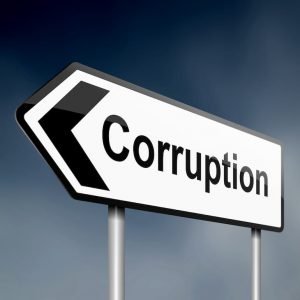 As a result of my proven inability to hold an adult job, I have Many Random Skills. Fortuitous for the duration of this blog post, one of my random skills is Anticorruption Expert.  I learned not to say Corruption Expert because that leads to LinkedIn messages from mafia goombahs and/or foreign despots.

How, I hear you ask, does one become an Anticorruption Expert? A synonym for “corruption” is “criminal activity.” Which means I qualified by a) having law degrees from two reputable universities with decent basketball teams, and b) having sent a variety of unsavory people to the hoosegow as a prosecutor.

The Good, The Bad, and The Really Corrupt 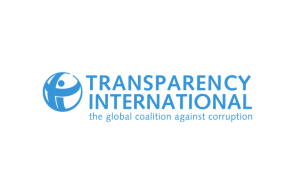 Transparency International are the recognized Smart Guys who rate countries on their level of corruption. Here are some examples of their rankings:

Top Three Least Corrupt: Denmark, New Zealand, and Finland. The Kiwis are really good at rugby and honesty. The two Scandinavian countries are the annoyingly perfect girl in the front row who always raises her hand with the correct answer.

Bottom Three Most Corrupt: Somalia, South Sudan, and Syria. So a non-country (Somalia), a country for like the last 15 minutes (South Sudan), and a very old country that really isn’t anymore (Syria).

Other Random Countries: United States (#23 and heading south), United Kingdom (#12, so they can continue to look down on #23), Canada (tied for #12, mostly for politeness), and Russia (#137, because nobody is tired of being better than Russia).

And then there’s corruption, American style.

Tales from the Corruption Trail

As you’ve probably sussed out, that last group is a short list of places I’ve worked as a Senior Anticorruption Expert. “Senior” only so we could bill me at the top daily rate.

My corruption worldview was framed early on by a lunchtime conversation I had 15 years ago with a senior judge on the Indonesian Supreme Court. I was in Indonesia to draft a Judicial Code of Ethics (e.g., “don’t take bribes”) and create an ethics training program (e.g., “really, DON’T take bribes”) for all judges in the Indonesian Judiciary. There are a lot of judges in this nation of 275 million people and, like, 627 million islands.

The judge and I were chatting away amiably—in English, since I know nine words in Bahasa Indonesian, beginning with “bathroom?” and ending with “organ meat?” I mentioned that our project was an anticorruption program. He gave a knowing chuckle. “You Americans. So concerned about everybody else’s corruption. What about American corruption?”

This was a thing that made me go “hmm,” so I asked him to elaborate. He said, “In any society, there will always be a certain amount of corruption—in rupiah, in dollars, no matter.” (“Hmm,” I said again, which coincidentally is the exact same word in English and Bahasa Indonesian.) 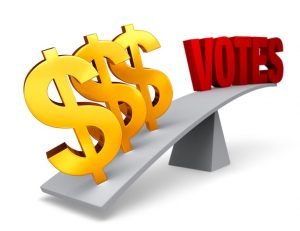 The judge continued, “So yes, here in Indonesia many—perhaps most—police officers will take a few small bills to forget a ticket or overlook a petty offense. But in your country, the entire quantum of corruption is kept at the very top. You call it ‘campaign donations’ for special legislation or government actions that favor only powerful people. That is your American corruption.”

Pausing for effect, the wise old jurist then delivered his coup de grâce, “Tell me, Pak Jeff, which is the fairer way?”

“Hmm,” I said for my final inarticulate time.

To Corrupt is Human

This was a deep insight. Let’s admit it, we Americans are particularly bad at self-awareness about most things that matter. Like about our wars, the extent of our economic inequality, the fairness of our justice system, and our level of corruption. Although the judge was a hard-boiled cynic regarding the inevitability of corruption, he was a clear-eyed realist about the United States and our undeniable American corruption. 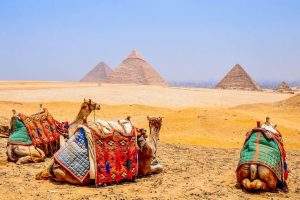 My subsequent experience suggests the judge was correct. There’s some amount of baked-in corruption in every society. I recall my first trip to Egypt back in 1994. This was strictly tourism with Kay-Kay and the kiddies. We did the usual Cairo-Giza-Nile-cruise itinerary. Every step of the way, we were badgered by Egyptians asking for baksheesh.

Translated in many ways, baksheesh most charitably means “charity.” Really, it’s palm-grease. You want some toilet paper in a public bathroom? Baksheesh. You want a cop not to give you a made-up ticket for, I don’t know, walking on the sidewalk? Baksheesh. You want your suitcases returned? You want an airport check-in line short enough to make your flight? Baksheesh and baksheesh.

One resort we stayed at had a couple of big wire-fenced aviaries in the gardens. A groundskeeper asked my kids if they’d like to go inside with the birds, which of course they did. The groundskeeper let them inside, then slapped a padlock on the entry door and turned to me with a Most Disturbing Grin. It seems baksheesh also translates as “ransom.” 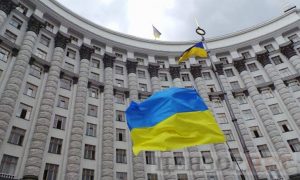 The more I thought about what that old Indonesian judge told me, the more I saw him validated everywhere I went on anticorruption projects. In Ukraine, a corrupt Ukrainian employee within the US Embassy—and there were/are many, I assure you—held up an essential purchase of IT equipment for almost a year because we refused to sole-source the purchase through his cousin’s computer store. This was IT gear for an anticorruption program, may I remind you, irony clearly thriving in Kyiv.

My favorite example comes from Albania. I was in Tirana—the capital of Albania, which borders on the Adriatic and whose main export is chrome. (Cheers fans will totally get that.) Our project was creating an online government contract tendering system, which was kinda way-cool. We had a sister program there that set up a one-stop, while-you-wait, new business registration office. (Prior to this, it took an average 67 days and about $200 in bribes.)

The new one-stop business registrar’s office was right on the main boulevard in Tirana, on the ground floor of a shiny new multi-floor office building. It looked like a modern DMV, with several individual counter stations and a waiting area. As such, my colleagues thought it should also have one of those “Now Serving ____” paper number dispensers. Makes sense, right? 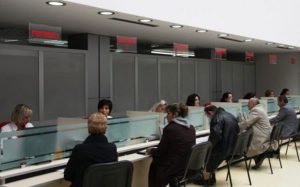 What emerged in a matter of weeks was a small coterie of five or six Old Retired Guys who got up early, went inside the foyer, tore off the first dozen numbers, and then went off to drink coffee for 90 minutes. They’d then come back when a healthy line had formed outside the registrar’s office and—I know you’ve guessed—sell their lower numbers to people at the back of the line.

I’ve a truckload of these stories, from all around the globe. And none of them has proven the old judge wrong, including the bit about American corruption being much less fair. 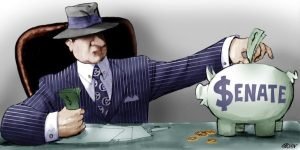 Regardless of your politics, most Americans can agree that our political system is awash in “special interest” money. Let’s parse that phrase “special interest.” It means a small group that wants something from the government that everybody else doesn’t have and won’t get. So it’s a transaction—you give Senator Schmo or Representative Schmuckus a Big Bag of Money for their endless campaigning in exchange for the Honorable Sen Schmo and/or Rep Schmuckus supporting legislation that specially benefits you.

It’s a straight-up corrupt transaction, whether we label it a crime or not. It’s someone with official power being influenced to use it in a certain way to benefit someone who’s giving them money. Sure, we hear endless protestations from elected officials that the gazillion dollars Engulf & Devour, Inc. gave to their political action committee would not, nay COULD NOT, in any way affect their vote in favor of a bill which exempted E&D, Inc. from ever having to pay a dime in taxes. How dare you! Such an insult!

Yeah, right. American corruption, right out in the open.

The teaching point here is that the old saying is true. Be wary of pointing a finger at anyone because you’ll have four pointing back at you. Also, always listen to wise old Indonesian judges when offered the opportunity.