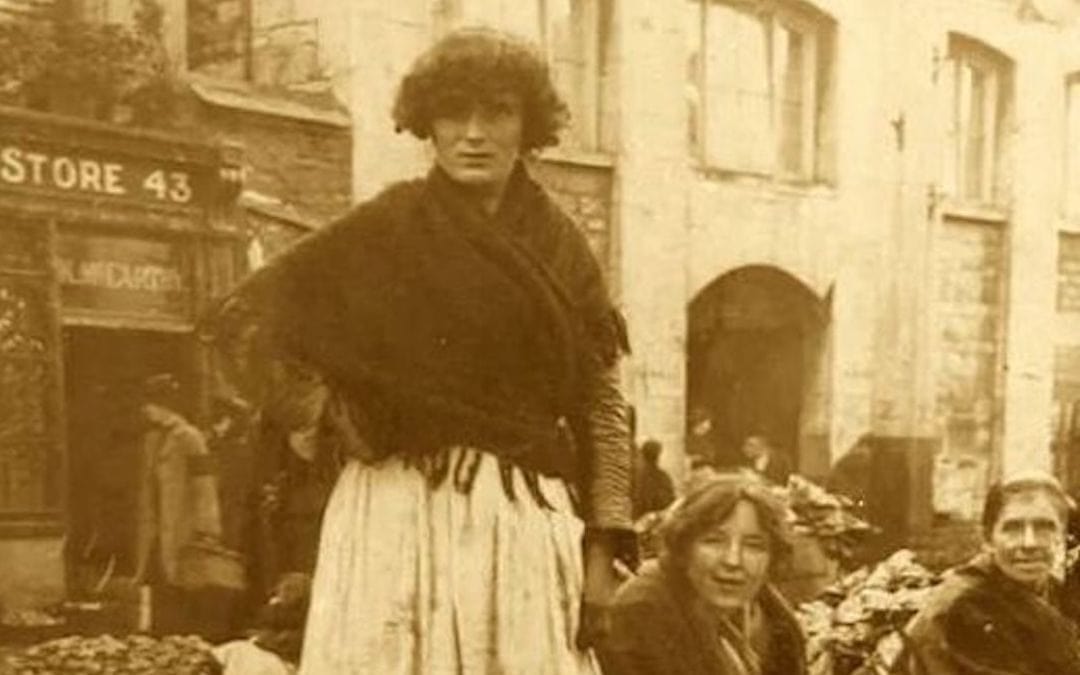 If you’re interested in anything to do with Ireland—beyond drinking that repulsive dyed-green American beer on the 17th of March—you probably know that Ireland is smack in the middle of the centenary celebration of the endgame in the centuries-long struggle for Irish independence. Having started in 2016 with the 100th anniversary of the Easter Rising, the commemoration will carry on right through 2023, which marks the centennial of the year-long Civil War that followed the 1919-1922 War of Independence.

I’ve been deeply immersed the last year or so in the history of this tragic and glorious period in Irish history because the third and last novel of my First World War and 1920s Sweet Wine of Youth trilogy is set entirely in Ireland during this period from Eastertide 1916 until the dying days of the Civil War in 1923. This book, No Hero’s Welcome, will be out in September. 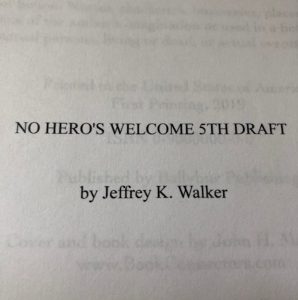 I just finished my last round of revisions and sent the manuscript over to my editor, so the story is fresh in my mind. What struck me throughout the writing and revision of five drafts of this book is the enormity of the impact of these events in such a small country. I tell the story of the troubled times through the experience of a single Dublin family—the family of a main character from my first book, None of Us the Same—because it was the only way I could get my own head around this history.

My novel opens just before Easter in 1916, which is quite a foreboding date for anyone who knows a little of the history already—and the reader knows much more than the characters who are about to be swept up in the violence. Yet the bigger problem in writing a compelling fictional account of the Easter Rising is cutting through all the legend, myth, songs, and poems that have come since. One of W. B. Yeats most famous works, “Easter 1916,” predicted the emergence of this beatification of the Rising:

I write it out in a verse –

And Connolly and Pearse

Now and in time to be,

Wherever green is worn,

A terrible beauty is born.

As it was occurring, however, the Easter Rising of 1916 was seen as anything but glorious. On the Easter Monday holiday, a rather small and woefully under-equipped Republican force of 1,200 men and women from two Republican paramilitary groups, the Irish Volunteers and the Citizen Army, occupied several public and commercial buildings across Dublin. The most famous of these was the General Post Office, where the Republican rebels set up their headquarters and from which, six days later, would make their last stand.

The leadership was an odd hodgepodge of men (and one woman)—including a surprising number of writers, poets, teachers, even a piper. None had any military training or experience. But the Rising was never really intended to succeed—it was the allure of this grand gesture, of giving Ireland a blood sacrifice, that attracted so many romantics, after all.

What was most surprising initially was that the British government in Ireland—headquartered at Dublin Castle—was taken so utterly on the back foot. Granted, it was a public holiday and a fair number of government officials and military officers were off duty and away from the city. Regardless, the result was stunning successes for the rebels over the first 24 hours. These successes would be short-lived, however, as British Army reinforcements from outside Dublin and England started arriving in force—including field artillery and gunboats. 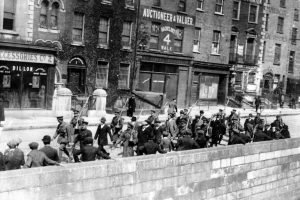 As the British forces began systematically reducing rebel positions across the city with machine gun, sniper, and artillery fire, the initial comic-opera bemusement of most Dubliners turned to anger directed squarely at the rebels. The great majority of the citizenry blamed the rebels for the destruction and death spreading all around them. During the six days of the Rising, the fighting resulted in almost 2,500 civilian casualties, including 485 killed. This  represents over twice as many deaths as those suffered by the rebel and British forces combined. As with nearly all armed conflicts across the ages, it was the innocent civilians who suffered most.

Besides blaming the rebels for the violence and destruction, a great many Dubliners also saw the Rising as a kind of stab in the back. Remember, in the year 1916, the First World War was raging on the Continent, with the fateful first days of the Battle of the Somme little more than two months away. Although there would never be conscription in Ireland during the First World War, over 100,000 Irishmen had already volunteered for service with the Royal Army. Ireland had endured the first horrendous casualty counts a year before when the 10th (Irish) Division landed at Gallipoli in present-day Turkey. Before the final withdrawal eleven months later, almost 4,000 Irishmen had been killed in the ill-fated Gallipoli campaign, with several times that number returned to Ireland with horrible wounds or with their health ruined by disease. One of the important characters in No Hero’s Welcome lost a leg at Gallipoli while serving with the Dublin Fusiliers. 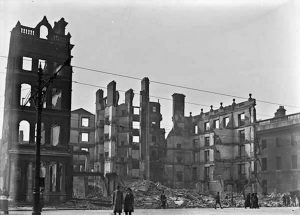 Some of the rebel positions held out longer than anyone thought possible, including the headquarter’s garrison at the General Post Office. Because the GPO sat in the heart of Sackville Street, that main commercial boulevard was reduced to rubble. By the time the last of the rebel positions had given up the fight, there were food shortages across the city. When British forces paraded the surrendered rebels through the streets of Dublin, the citizenry turned out to shout abuse and worse at the bedraggled Volunteers and Citizen Army veterans as they limped past. 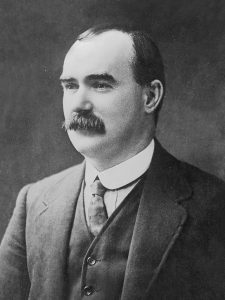 The British were ruthless in their treatment of the rebel leadership. All were tried almost immediately by a military court-martial and most were sentenced to death. The executions began just four days after the surrender of the last Republican positions. Within nine days, 16 leaders faced firing squads in the old Stonebreaker’s Yard behind Dublin’s Kilmainham Gaol. On 12 May, the British shot James Connolly, the commander of the Citizen Army. He had been seriously wounded in the fighting at the General Post Office and was barely conscious when brought out for execution. Unable to stand, he was shot while tied sitting up in a chair.

Throughout the days of the executions, public opinion in Dublin shifted rapidly and dramatically. Whereas initial feelings formed that the Republican rebels were troublemakers who were the cause of much death and destruction, the heavy hand of British military authority shifted opinion. As the leaders went bravely to their deaths—Padraig Pearse, the commander-in-chief of the Republican forces, was said to have gone to his death whistling, although that, too, is probably myth—the age-old Irish sensibility that the only thing worse than losing was not fighting reasserted itself. The general sense became that although misguided, the rebels had been admirably brave nonetheless. 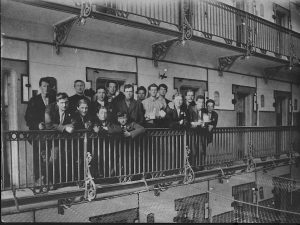 Fearing rioting or reemergence of armed revolt, the British Government in London ordered suspension of further executions. The hundreds of captured rebels were shipped to internment camps in England and Wales, but would be released in late 1917 in a general amnesty. Among them was be Eamon De Valera, the half-Irishman born in New Jersey and saved from execution by the intercession of the American ambassador. De Valera would go on to serve as Taoiseach (Prime Minister) and President of Ireland, dying in 1975 at the age of 92. Another of the internees released in 1917 was Michael Collins, who would immediately take control of most rebel activity, including his infamous Dublin assassination squad, and lead the Irish negotiators to an independence treaty in 1922 before meeting his end in an ambush by his former comrades during the Civil War. Although I avoid giving real historical persons speaking parts in my books, Collins makes a few appearances in No Hero’s Welcome because I couldn’t resist his story.

What I slowly understood through the research for my third novel was the troubling moral ambiguity of the rebellion in Ireland. What I found were no easily pigeonholed Good Guys and Bad Guys. At any given moment, everyone was good or bad or somewhere in between. As with every rebellion throughout Irish history, the Easter Rising, War of Independence, and Civil War were shot through with duplicity and double-dealing, informers and turncoats, shifting allegiances and misguided loyalties.

And that, my friends, is the stuff of great storytelling.

Look for No Hero’s Welcome from Amazon, Barnes & Noble, and all other booksellers in October. In the meantime, enjoy the first two volumes of the Sweet Wine of Youth trilogy—None of Us the Same and Truly Are the Free.