A Rose Is a Rose? 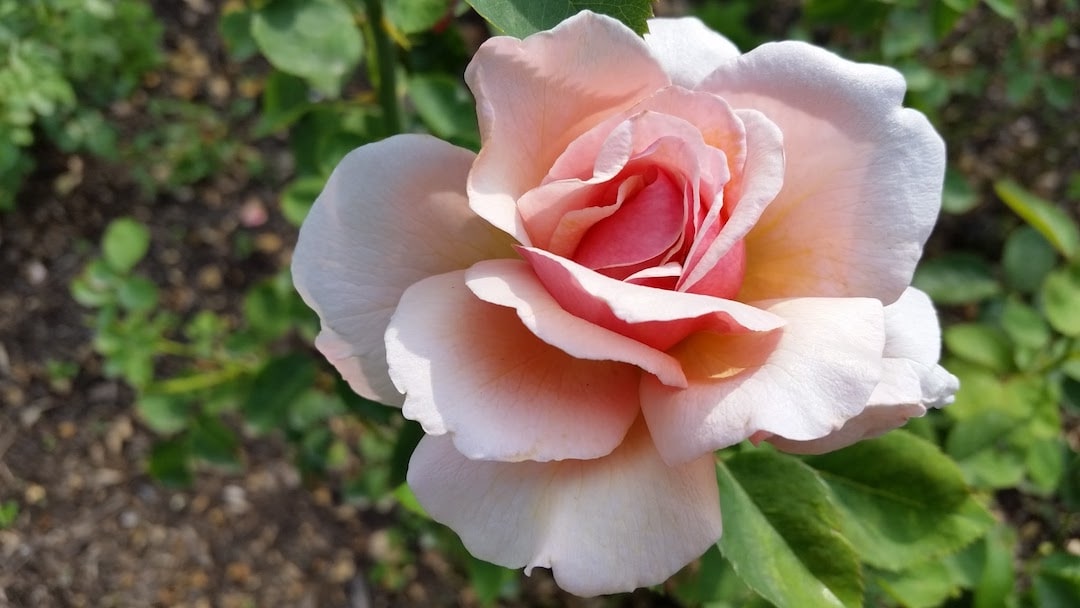 A couple of years ago, Kay-Kay and I were out visiting our daughter Peanut and her family—which most importantly included our then two-year-old grandson, Goober. We took the Goob out with us one day to a supermarket with a Truly Impressive Display of fresh-cut flowers right when you walk in the doors. This floor plan has become the standard layout for American supermarkets, based on the irrefutable logic that seeing Very Many Flowers immediately makes you crave two-ply toilet paper and Ding Dongs. 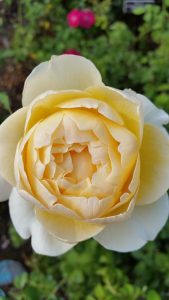 Anyway, I pushed Goober over to the armloads of gorgeous roses and said, “Wow! Let’s smell some of these pretty flowers, Goobs!” I was stunned—and a little heartsick—to discover that not a single one of those wonderful, gaudy, ecstatic blossoms smelled like… anything.

It turns out having wasted all my student days studying useless things like Marxist Historical Realism and Contract Law, I’d missed out on the great advances in botany regarding the hybridization of Leafy Growing Things. It appears scientists have found ways to produce the Platonic Ideal of, say, a tomato. Or a rose. But it turns out there’s a catch. If you want to produce the perfect looking tomato—red and firm and perfectly shaped—you have to give up the taste. Likewise, in the case of roses, if you want them colorful and perfect and long-lasting, you have to give up the scent.

You see, horticulturists had long observed that the more profound the smell, the quicker the rose’s bloom faded. And at $5 a stem, we darn well want those blooms to last. 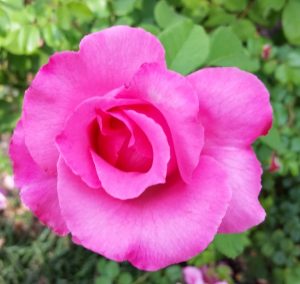 Once scientists had finished mapping the genomes of unimportant things like fruit flies and human beings, they started in on roses. It didn’t take them long to isolate the gene that turns on/off the production in rose petals of an enzyme called RhNUDX1. Its friends call it Dixie. This in turn produces a chemical called monoterpene geraniol. It has no friends, so we’ll have to keep calling it monoterpene geraniol. (I’m certain this is from the Greek for “good smelly stuff,” but I went to law school where we studied Execrable Legal Latin and not Greek. We also learned how to calculate one-third of any sum of money on the face of the Earth.)

So it seems we have to choose. You can have a really gorgeous, perfectly scarlet-colored floribunda that smells exactly like an artificial flower but lasts longer than the Cubs in the playoffs—OK, maybe a little longer than that—or you can have a marvelously sweet-smelling bloom that lasts about as long as one of those gene-mapped fruit flies.

This puzzles me greatly. I mean, it’s the 21st century. We have Teslas and Many Forms of Social Media. We’ve put Matt Damon on Mars, for crying out loud! Why can’t we have BOTH long-lived blooms and a great rosy scent? This seems somehow unfair to me. But <sigh> sic transit gloria mundi. Also, <sigh> tempus fugit. And <ok> ix-nay on the Atin-lay. 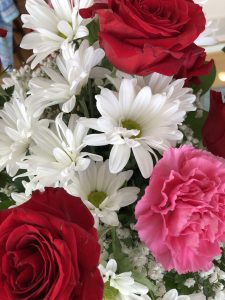 It does make me sad though. I love floral scents and I worry that my grandchildren aren’t even going to recognize the smell of roses or carnations. Will Shakespeare have the same meaning to Goober, you think, when he hears, “What’s in a name? That which we call a rose by any other name would smell as sweet; so Romeo would were he not Romeo call’d.”

It’s long been known that smell memories are the most persistent and have the highest resistance to interference. It’s instinctual behavior for even very young children to stick their noses into a flower, echoes of some distant evolutionary adaptation that helped humanoids survive. Although stopping to smell the roses would seem to make it more likely you’d get squished by a mastodon. As I said, always a tradeoff.

Don’t we all have some particular smell memories that trigger us in ways large and small, happy or not-so-happy? For me, it’s lavender. My Gramma Maggie always had lavender soap in her bathroom. It’s a smell that I immediately associate with being loved and protected and overstuffed with those awesome Vienna Fingers she always kept in her cookie jar. Before Gramma died, she gave my mom her mink stole. My mom didn’t want it—she hates wearing fur to this day—but she dutifully hung it in the back of her own closet. Mom told me years after Gramma Maggie died that she’d sometimes go into her closet and bury her face in that mink, not to feel the fur but to smell the residual scent of Estée Lauder perfume that Gramma always wore. Yeah, that kind of durable memory. 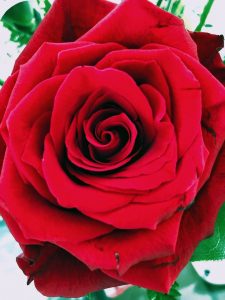 This whole Odorless Flower Situation seems representative of something larger in what we consider our modernity. In our craving for abundance, we seem content to forego substance. What after all is more innate to the substance of a rose than its sweet smell? Sure, that scent comes in a beautiful package of vivid petals, but if we engineer out the scent, isn’t the lovely package somehow empty? Like one of those gag gifts that’s increasingly smaller-wrapped boxes, one inside the other, but in the end all of them are empty? Or the smallest one has an engagement ring in it. I get confused. But you get the idea.

This applies to an awful lot in our Thoroughly Modern Lives. It rather accurately describes fast food, after all. It’s a lovely package—who doesn’t love the look of a well-constructed burger? But fast food burgers generally cover up a lack of taste and low nutritional value by adding a lot of empty calories designed to do little more than push our evolutionary buttons labeled “Fat!” and “Sugar!” and “Salt!”

Same with much of our clothing. We Americans scoop up carts full of cheap clothing every year—very little of it high quality. And most we wear a few times before it gets relegated to the darkest edges of our overflowing closets until we finally donate it in a fit of exasperation because we’re So Out of Space for all the new cheap clothing we keep buying. 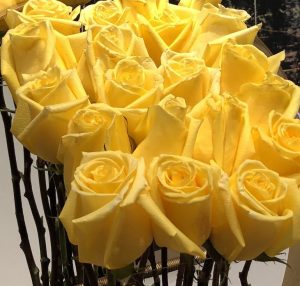 People in most other countries don’t do that. When I lived in Italy, for example, the average Italian owned probably one-quarter the total amount of clothing of an average American. But generally, they bought quality. Sure, the prices are notably higher than in the USA—only in part due to the 22% value-added tax—but Italians generally Buy Less Stuff that Lasts Much Longer.

And in the end, shouldn’t we, as that rock star of sustainable farmers, Joel Salatin, often says, respect the pigness of the pig and the cowness of the cow? In my book, that includes the tomatoness of the tomato and the roseness of the rose.

Besides, I want my grandson, Goober,—now joined by his sister, Goldie,—to know that a rose is a rose when it smells like a rose.

[All photos taken by my wife, Kay-Kay, a great lover of flowers.]